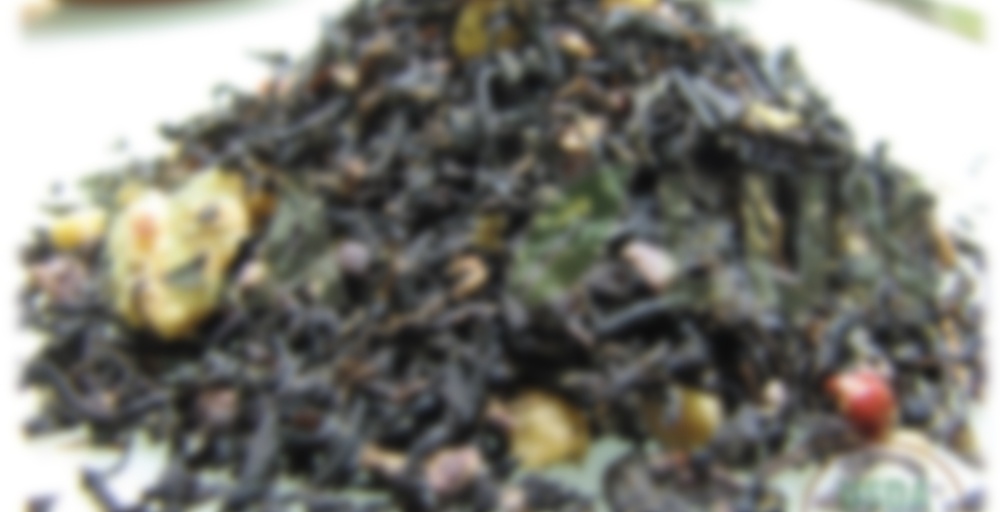 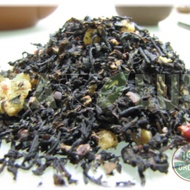 Discover this rich black tea blend flavored with authentic maple syrup from local New England maple syrup producers. Each cup brings you closer to the landscape of New England and helps supports our local and family run farms. Just enough sweetness to hit the spot and best with milk. Enjoy it day or night.

So, you guys are ALL going to think there’s something wrong with my tastebuds/nose, but this tea smelled funky to me too!! It smelled delicious in the package, all sweet mapley sugar and yum, but once I popped the infuser into the hot water, it smelled kind of weird. I probably should have let the water cool down a touch more, so it’s my fault.

Anyways, luckily weird smells are gone once the tea’s a bit cooler. Unfortunately… most of the maple smell is gone too! :( However, the flavour actually isn’t too bad. The black tea base is fairly prominent, but actually kind of tasty (argh, I wish I could identify it a bit better!) and there’s definitely some mapley sweetness in here, although not as much as I would like. I may be somewhat biased, though, by the two maple rooibos blends I’ve had, which are very much MAPLEINYOURFACE (Autumn Leaves/Della Terra and Oh Canada/DavidsTea). So really, this is actually a fairly decent maple black. I imagine if sweetened, it would probably taste even better, so I’ll have to give that a shot.

Oh, and as for the base tea – I think what I’m being reminded of is the base of either Butiki’s Tamarind Pop and/or Raspberry Truffle. I’m not sure why; those are just coming to mind.

Also as kind of an aside, I think it’s really hilarious how this tea is called “Canadian Dream” yet the source of the maple syrup used for it is New England…

ETA: Re-steep was weird. I dumped it.

Sounds like the maple tea at Steam is way better. :) I think I’ll stick with local!

Yes – I wouldn’t recommend bothering to pick this one up :) It smelled divine, but the flavour was lacking. I might have to try that Steam one you’re referring to!

I really like Steam, and they are very generous with samples. I wish they sold less than 50g, though.

Yeah. Even 25g would be ok! Just have to have someone to split with, I suppose (so I have 25g of the above-reviewed tea to finish off, sigh. It’s not that terrible though, so I think I’ll be ok).

Nope. Honestly can’t even think of a Canadian beyond Ryan Gosling for this to apply to (says the person who is obsessed with hockey, all my favorites are American, oops JUST KIDDING I found one: http://26.media.tumblr.com/tumblr_m0sj8jJSO21qe46u5o1_500.gif how could I forget when he stared me down last February. Sigh. Now on a different team. Cries.) Also find it funny that the description says New England maple syrup.

I still have yet to find a maple tea I really like. This one is okay, definitely smells of maple syrup but I am starting to feel like maybe it just doesn’t translate well for me with black tea? Not that it could really go with any other tea but at least this one is definitely drinkable to me. I guess I could always up the maple syrup.

Tealux.ca has THREE maple teas… maybe because Tealux is in Canada? The dry leaves and tea certainly SMELL like maple… very sweet. It looks like there are little rocks/crystals of maple in the blend, with nice black tea. Also some peppercorns, though those aren’t listed in the ingredients. The flavor is a bit odd at first. I’m not sure how to describe it. It’s not a flavor I’ve had before and I can’t tell if it is the tea leaves or the maple. But it has a maltiness to it. And somehow the maple isn’t very present until the tea isn’t burning hot. The top of the tea had a sparkly residue on the top that seemed to be in two layers. When I moved the cup, one of the layers would move right, and the layer underneath it would move left. Interesting! Otherwise it’s a very muddy colored tea. I like this one! I can’t wait to try the other Tealux samples…

Maple. Maple. Maple!!!
Yes, that is what this tastes like. Overwhelming much? ha!
With a good dollop of astringency on the side of course.
I also taste a hint of chicory, I think, but it isn’t overly strong like the creme brulee from yesterday. I added milk and some sugar, and had it with waffles this morning. Not bad!
One thing I didn’t like was the oily film on the surface of the tea. I could kinda sense the greasiness as well, in the mouthfeel. However I can deal with that, it wasn’t too offputting! In fact, I may grow to like it, I hope.
Thanks for hooking me up Kittenna :)

Lol, this was a split purchase :P

was it? haha there were so many I wasn’t sure. Hopefully it will be used up in trades!

This was my first tea this morning. The tea was lighter than I expected, and there was an oily film on top of the tea once it steeped. I know it’s the oil from the flavoring, but it kind of grossed me out. Especially first thing in the morning. Once I moved past that and was able to taste the tea I was pleasantly surprised. Lots of maple flavor, but nothing over the top. There was a bready note form the base tea, and the combination of maple and bread reminded me of French toast. Strangely, I haven’t had French toast in years and years, but now it’s all I can think about. Maybe we’ll have breakfast for dinner tonight just so I can give in to my craving.

Sipdown! Thanks Starfevre! This one is quite enjoyable. It’s sweet and has a nice maple flavor. It’s a nice maple tea. I wanna add vanilla almond milk to it… But I don’t want to ruin it… Mmmmmmm

This was hiding in the bottom of my drawer, not quite a sipdown, I think I have about a cup’s worth left but still pretty good.

Although, I was a bit distracted while drinking it. I brought it into a meeting about my salary review this year and was a bit preoccupied so I didn’t really give it the attention it deserved. It was a good meeting though!

First the bad news maple is not my favorite flavor – I know, how un Canadian of me.
The good news is that there is more going on here than just in your face maple. There is definitely some astringency from the black base – that helps cut the sweetness. I’m also thinking this is a little creamy with just a touch of nuttiness. For me, this reads a little like maple walnut ice cream – that might be a bit of a stretch, but more like that than pure maple syrup.
Thanks for sharing Evol – always interesting to try different things.

Another sample from evol ving ness this is absolutely a maple tea. And funnily enough, while i adore maple added to my smokey teas – this is too sweet for me :) the maple is a tiny bit artificial but it still embodies the whole idea of maple tea :) recommend this for anyone who likes maple and sweet teas :)

Maybe this is the one that needs to be added to a less-than-stellar Lapsang Souchong then?

Maple has been a frequent flavour craving this past week or two. The first time I had this tea, some time ago, it was perfect. Exactly like true maple candy held by a frisky black base. Today, it’s not living up to the expectations planted in my memory. My rating reflects both my imagination and the reality of the moment.