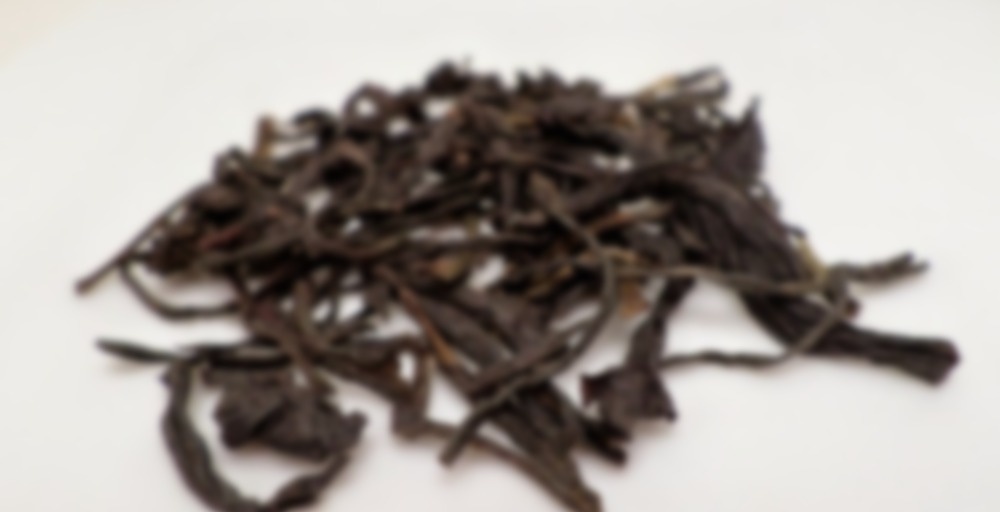 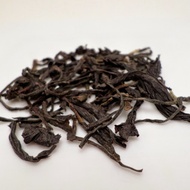 Smooth with hints of plum and grass.

Another cup of this one. Apparently it is a while when I had it last time. I have not slept well, so green tea sounded quite good for me. I feel so weird recently, I hope it will be much better ASAP. I am already tired of that.

Anyway to the tea, I took a mug, added some leaves in, filled with +- 80 degrees water and sipping. Today it turned out quite vegetal, with hay notes. Also remained very smooth and without bitterness. Maybe bit of spinach.
I did not cared about colour and aromas this time.

Nice tea which made me feel bit better this morning.

This was another recent sipdown of mine. I think I finished my 10g sample pouch of this tea around the start of the second week of the month. Prior to trying this one, I had only tried one other purple varietal green tea, and quite frankly, it did not do a ton for me. Of the two, I found this one to be significantly better, though I continue to doubt that teas like this will ever be up my alley.

Prior to the rinse, I detected aromas of plum, sorghum molasses, and hay coming from the dry tea leaves. After the rinse, I detected new aromas of malt, corn husk, grass, and sugarcane. The first infusion introduced aromas of spinach, blueberry, and cherry. In the mouth, the tea liquor offered plum, sorghum, hay, malt, grass, and corn husk notes that were backed by hints of sugarcane, spinach, cherry, and blueberry. Subsequent infusions saw more pungent fruit aromas (blackberry and pomegranate) emerge alongside subtle roasted nut, smoke, and seaweed scents. New impressions of smoke, minerals, seaweed, roasted almond, roasted chestnut, lemon, blackberry, pomegranate, and honey appeared in the mouth. A wonderfully thick, sweet honey note remained in the mouth after the swallow. The later infusions offered notes of minerals, hay, malt, grass, and lemon that were backed by a similar, though slightly more subtle, swell of honey on the finish.

Honestly, this was a pretty solid tea. Even though it was something for which I would have to be in the mood, I respected its longevity (which was pretty ridiculous for a green tea) and loved that gorgeous honey impression that emerged in the middle infusions and lingered in the mouth after each swallow. I know I have seen several people knock this tea and others like it, yet I cannot help feeling that they did not give it a proper chance as it really was far from bad. I would recommend it to adventurous drinkers looking for a unique green tea experience.

Gong fu: This is where it’s at. 2.5g, 60mL gaiwan, 175F, no rinse, 10/15/20/25/30/40/50/60/75s. It’s a very consistent brew this way without much complexity. Very pretty light-colored liquor that’s a sparkling mix of lilac, peach and pink and green. Light scent wafts from the cup. The fruitiness of the dry leaf comes forward in the liquor which produces a light mouthfeel that gives a slight tongue-numbing astringency in later steeps. The taste is quite light with stonefruits, grape, tangy purple berry and floral and is most prominent when breathing out. There are also notes of grass that start light and turn darker as the steeps progress, ending on a spinach/seaweed note. Not much of an aftertaste. Reminds me a lot of a fruity, young sheng puer but not harsh on the stomach. I think eating a few small sweet champagne grapes would be complementary and enhance the fruitiness. The spent leaf smells very purple tangy.

I don’t know much yet about Kenyan teas or the growing conditions, but I think this tea has a lot of potential. Overall, it’s a very approachable green tea and I definitely recommend brewing it gong fu.

Hooray for tea buddy friends! A friend surprised me with a perfect spoonful after I gave her some samples from What-Cha. This is one I probably would not have never picked on my own as I normally don’t go for green teas in general. This is pretty good- it is not bitter at all…it is sweet, grassy, mineraly, I get maybe just a touch of a tart plum skin at the end of the sip. I am not getting a big plum flavor though.

Decent green tea. This is my first experience with purple tea. I’m a big Prince fan, so anything purple will be purchased by me.

I got two brews out of it. I really really like Assam coming from the Kenya region, and I was interested in trying this varietal. It was different, can’t really say it’s like Japanese, Indian, Chinese green tea. It’s on its own. There’s no astringency. Not a bad cup. Though I have a leaning towards Japanese fukamushi, so that’s the type of greens I go to most.

It was nice to try, and I am looking forward to trying the white and oolong from the same tea grower!!!!

EDIT: I have to up this. After it cools just a tad after brewing, the flavor comes out to play more. It livens up!

Strong note of spinach on the sip with a trailing mild sugar pea sweetness.

Finished the last of this sample up recently. I really enjoyed the sweet aroma of the dry leaf, and the overall sweet taste of the tea. Having likened it to a sencha in my first session, my last session reminded me more of a white in regards to the flavor profile. Smooth and good, I think this is definitely one worth trying, especially right after the harvest.

Tart and astringent at first, like the skin of a plum before biting into it. This yields to an increasingly sweet plum taste that develops a floral note in the finish, along with a hint of basil. Quite unique.

An overwhelmingly sweet tea. The distinct taste of plums really stood out on the back of my tongue in the early steepings as well as some smoothness to the licqour. Later steepings, the tea left a dry mouth feeling with a less distinct sweetness though still delicious. Lasted nine steepings in my gaiwan before I lost interest in it.
All in all a great tea with a refreshing take on sweetness, though fleeting.

Sweet grassy flavor. Liquor actually has a purple tinge to it.