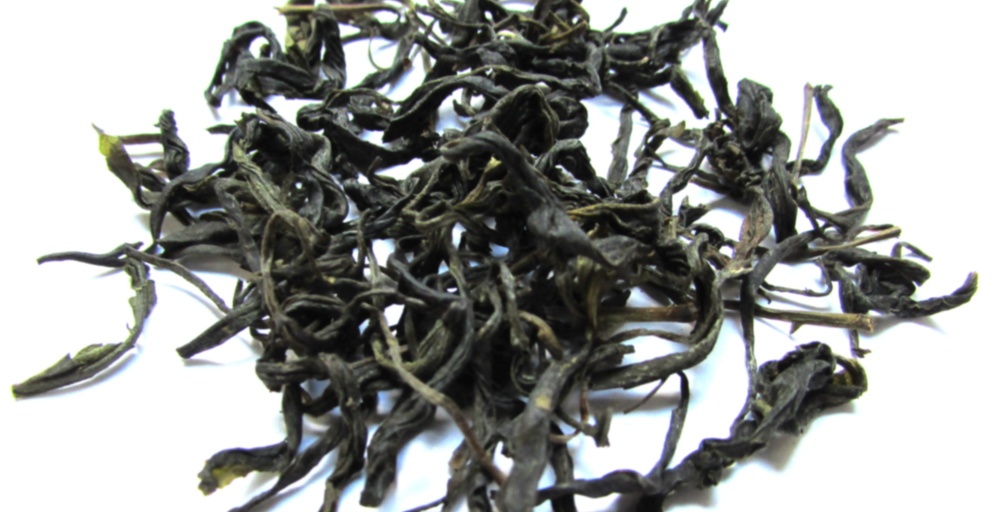 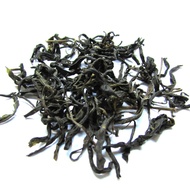 An interesting yellow tea with a lingering smooth and sweet hazelnut taste with mango notes.

Quite different from what you would expect of a ‘typical’ yellow tea and well worth a try.

I got a sample of this tea months ago in a reddit swap. Yellow tea is not something I have encountered a lot of – the only other one I’ve tried came from Teavana. This tea was pretty nice, but I had trouble describing the flavors I was tasting. The dry leaf had a slightly salty and sweet aroma, reminding me of pretzels and raisins, oddly enough. After they took a bath, they smelled buttery, grassy, and almost smoky for some reason.

The flavor started off light with some grassy notes and a sweet finish. The finishing sweetness intensified as the session went on, while the front of the sip became more of a dry grassy/straw flavor. I could not put my tongue on what exactly the sweetness reminded me of. Some things I wrote down included fruity, candy, cotton candy, and spiced cake (that was only on the last couple). I’m not sure what I would really compare it to, but it was a pretty strong sweetness. The texture was thicker than most green teas I drink, but didn’t really approach the viscosity some puerhs give to the brew.

One that I enjoyed drinking and am glad to have tried, but not anything which I need to buy more of. It also hasn’t really convinced me to go seeking out other yellow teas.

This tea was sent to me to review for the Sororitea Sisters blog, and I reviewed it not long ago. I am finishing the sample today and still have the same reaction.

That is how hazelnutty this tastes, guys. I don’t really eat mango, but I probably should since I don’t detect anything that I think is what mango would taste like, but I do know hazelnut and that is the main thing I am getting from this tea.

Super good and super flavorful. I have had yellow tea before and it was super subtle. And yes, apparently this is just how it really tastes. What a fun tea to try!

That sounds quite special :)

Many thanks to Zennenn for sending me this tea and so many others! Many of the teas in this box are way outside my experience, so I’m really looking forward to exploring them :)

First up, “Yellow Sun.” According to the description this is an unusual yellow tea, but since I’ve never had yellow tea before, I’m not sure what the “norm” is. The package mentions hazelnut and mango notes. I can believe the hazelnut. Not tasting the mango. There is a strong roast flavor here, like a roasted green tea, and it does have a slight natural sweetness. I steeped it twice and it held up very well to a second steeping, not really any loss of flavor all.

All around, pretty good! Glad I got to try this one :)

I brewed this tea with cooler water than stated at 160F. 150ml gaiwan, 5g ish.
Dry leaf smells sweet and roasted, a little nutty.
Wet leaf smell reminds me of toasted rice.
10s first steep tastes of toasted rice and mango. This is repeated with the only other two steeps I did. I did not continue with this tea.
Very different tasting tea. Taste is very distinct, I don’t know if I like it. Pretty sure it’s not something I’ll order again.

A very nice, kind of sweet tea, with a flavor profile that starts with strong notes of hazelnut, and after several steeps is more like a roasted green tea . And all variations in between.

I really enjoyed this. It is super resteepable, sweet, flavorful, and is good with and without honey.

The dry leaves of this smelled so good from the bag – a bouquet of fruitiness hit my nose. When I brewed it up, I was in for a surprise. It just didn’t taste the same way it smelled. It has a roasted? flavour. I don’t think yellow tea is roasted so not sure what I was picking up. I didn’t like it very much at all. It didn’t seem to have any of that grassy , buttery flavour I get from greens.

I’d like to give this tea another try. I had it first thing in the morning and maybe my palate wasn’t quite awake at that time.
Yours I Like This
6 likes
0 comments
Edit

When I organize a group buy, variety is a must!
What Cha is not that hard to do such a thing with because of all the countries that are sourced from.

Now, variation of taste and leaf was a focus which brought me to yellow tea :)

Now, yellow tea has never been something that I’ve drank and really enjoyed; however, I have only had four different ones so far. This one was different, but it still doesn’t appeal to me.

This is a wonderful tea for many and this is why: Imagine green tea grew inside some sort of nut and had to be extracted, that is what this taste like.
Those who like nutty notes alongside their green tea will enjoy this (notes of nut with green tea just don’t work for me)

My first yellow tea, and I tasted the mango and the hazelnut the most dominant, but it was also very dry and reminded me of hay. Steeped it 3 times, but nothing particularly thrilled me. I’m totally biased to sweeter teas, but this one…it improved later on, but my first reaction wasn’t great. The taste reminded me of salt, sweat, and hazelnuts over wet socks. I think that the quality of the tea is solid, but does nothing for my preference. I only recommend it to experienced drinkers who know and like this type of tea. Everyone else, especially newer drinkers, would not enjoy it. Don’t let that detract you from trying What-Cha. Everything else that I’ve had has been of a great, strong quality.

This is my first tea from the what-cha group buy. I was so excited by the arrival of the box that I just grabbed this tea at random and steeped it. It was my first yellow tea so I had no idea what to expect.

I followed the directions on the bag: 2 minutes at 175 degrees (1.6 grams in 6 oz of water). The bag said 1-2 minutes, while the web site says 2-3 minutes. If I had read the website first I would have used my usual 3 minute steep, but the tea is so strong that even 2 minutes seems a bit much.

My initial impression is that the strong roasted flavor reminds me of Kukicha. This roasted flavor, which does remind me of hazelnuts per the What-Cha tasting notes, was very strong in both the nose and the taste. I couldn’t detect the mango mentioned by What-Cha as I was drinking the tea, but after it had cooled there was about an ounce remaining in the cup and the smell was strong mango. As I drank the last of the tea, the hazelnut taste and mango aroma went back and forth. Very interesting.

The second steep was in some ways more enjoyable. The flavor was more subdued and not so obviously hazelnut. I noticed the finish more (and it was fairly nice). I didn’t notice any mango this time, even though I let it cool to nearly room temperature. Instead, the flavor took on a more heavy roasted flavor (nearly burnt).

My bottom line is complicated: I enjoyed the tea from an intellectual standpoint, as it showed different faces. However, I didn’t enjoy the flavor as much as I’d like so probably wouldn’t buy it again. On the other hand, tastes vary.