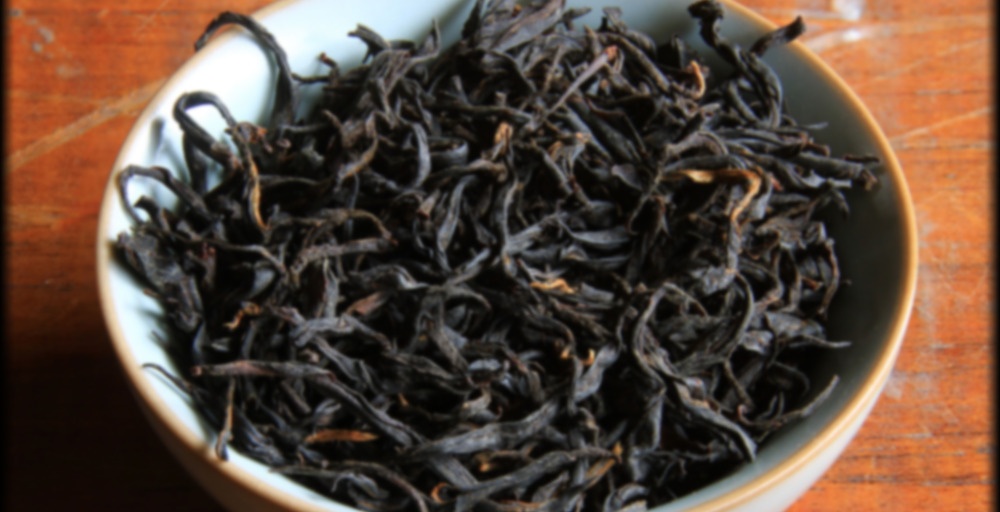 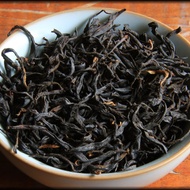 by Whispering Pines Tea Company
87
You

with 70 Ratings Rate this tea Rate This Tea

About the Tea
Ailaoshan Black Tea is one of the most breathtaking teas I have had the chance to indulge in. This tea is grown at over 2000 meters above sea level and shrouded in warm mist nearly year-round. It is harvested from tea bushes that have been cultivated on the edge of one of the most diverse subtropical ecosystems in the world — The Ailao Mountains (Ailaoshan) Nature Preserve. This nature preserve is home to at least 550 plant species and 460 animal species, including the black gibbon and bengal tiger.

Harvested in mid-spring of each year, Ailaoshan Black Tea is carefully processed and carries a warm aroma of toasted cocoa and caramelized plum. At first taste, a range of fruit notes can be identified amongst the delicious cocoa and caramel undertones. The most noticible fruit note is that of caramelized plum, followed shortly by a mix of black currant and longan fruit. A savory quality is experienced at mid-sip as well as in the aftertaste, and salted caramel with a hint of roasted fruit lingers on past the last sip. This is a truly memorable cup of tea and will please any connoisseur of rare and extraordinary black teas!

How to brew the perfect cup:
Steep 1/2 tablespoon of leaves in 8 ounces of boiling water for 3 minutes.
2nd infusion: 5 minutes
3rd infusion: 8 minutes

This advent calendar swap with Shae was one of the highlights of my Christmas season! Such fun to try a new tea every day leading up to Christmas…especially since I ended up liking the vast majority of the ones she sent. :) And of all the yummy teas I got to try, this was one of my very favorites. In all the festivities on Christmas morning, I forgot about it and let it steep for far too long…probably 15 or 20 minutes. Many black teas would have been completely undrinkable at that point, but this one was still smooth and lovely without a hint of bitterness or astringency! It’s an exceptionally smooth, sweet and fruity black tea that obviously isn’t too picky and holds up to multiple resteepings. Wouldn’t mind having this one in my cupboard long-term!

Oh, I really love this one <3. It’s inexpensive relatively speaking too.

Our Advent swap was my favorite part about December! Already looking forward to the next one. :)

Yes, we should definitely do it again next year! :)

An unusual tea. This is a Yunnan Red that is fruity and sweet as an oolong. A lot of apple skin and baked apples in it, plus some caramel and berries. If you steep it longer it gains some malty backbone but never gets bitter. It’s very smooth. and flavors are well-defined.

It’s quit a unique tea if not super complex.

Hey Guys! I recently did a review on the wonderful Whispering Pines “Cocoa Amore”. Well when I bought that, they sent me a sample of this! It was only enough for two sessions, but I figured I’d review it while I had a bit left.

Ok, I brewed this a bit stronger than it said to. I used a full teaspoon and a half maybe for 16oz of water. Also, the cuppa I’ve got right now I lost track of and brewed a bit over the 5 minute recommended mark. But all that behind us, let’s get onto the tea.

Taste is… very robust, if that is the word I’m looking for. It’s very rich, with a strong black tea flavor, along with (let me try and suss this out here…) I think I’m getting a bit of Malt, Raisin and some Leather too. My palate is not nearly refined enough to pick out all the flavors, but there are a ton of different notes here. Ever so slight cacao flavor, but nowhere near like my Yunnan Golds have. It’s a very warm and inviting flavor, and I think this would be a good starter tea for people wanting to get into loose leaf. Even overbrewed like I made this cup it is still very lovely. This is my first cup of Aliaoshan that I recall actually having, so I think I will have to experiment more in this field. This was wonderful. Highly recommend.

Hi! So happy you’re enjoying the teas you got! Just wanted to add that you are actually brewing half strength on this. I recommend half a tablespoon (a teaspoon and a half) per eight ounces (you’re using 16oz). Just a heads up to maybe try that out, but if you’re enjoying it the way it is then there’s no need to change! :-)

This was one of the first higher quality loose teas I ordered from the internet and agree that it would be great for people wanting to get into loose leaf.

I didn’t check your tasting notes; have you tried Laoshan Black from Verdant or.. I think Yunnan Sourcing also carries it? That was my gateway black tea.

Laoshan Black is amazing; that was also a pretty big gateway tea for me. The one that really got me, though, was Butiki’s Taiwanese Wild Mountain Black. That tea was life changing…

Sipdown! Working my way through some plain black teas that probably would not appreciate being iced.

I didn’t have quite enough of this for my tumbler, so it’s got a scoop of Golden Orchid mixed in. You can’t really tell, though.

I received this free sample. It came in a pouch, with good labeling and a 7.5 g serving. Lots of reviews, but looks like I’m somewhat of an outlier.^^

The dry leaves had a great aroma of molasses, cocoa, spices, malt, nuts. After the rinse, the lid smelled even better, along the same lines but with the addition of fried plantains and sweet potatoes. It remained flavorful to the end with constant changes throughout all the infusions. It was complex and I was glad I did shorter infusions in the beginning. Sweet potatoes were the main constant from beginning to end. Notes of roasted nuts, molasses, dark chocolate, bittersweet and sweet chocolate, malt, toast, a little citrus here and there, plums, caramel, spices too. It was a smooth and creamy mouthfeel in the beginning and then that changed too. Their site says it gives a “glassy” mouthfeel. It never got bitter nor astringent.

I don’t know what you keep talking about with this tea amateur deal… your flavor notes are already on point. :D

I have no idea what certain flowers taste like, wood, lots of different spices… Etc. I can detect flavors (like we all do) when we don’t like the particular flavor. Thank you for the encouragement! :D

Oh none of us are flavor experts… we don’t know the flavors of everything, and for everyone each flavor would seem different anyway.

I feel like I say this all the time: “Finally getting around to trying (insert name of tea here)” but here we are.

This brews up quite light in color and flavor, as I find many of Whispering Pines teas do. Not a complaint at all, just an observation. I am not getting much in the way of malty, cocoa richness. There is a pleasant citrusy note that I find refreshing. Also a bit of earthiness. A very nice tea, but Golden Orchid remains my favorite. I do not recommend having this with milk, as it’s a bit too delicate for it and the flavors get lost. Going to try the spent leaves as a cold brew next, so we’ll see how that goes.

Very light but still a little smoky. When I added a splash of milk it nearly overpowered it. Good but not usually what I go for.

Not a flavor I’m wild for. Almost anise like, but mild

Here’s another one of the Spring 2016 teas I have desperately been trying to finish. This was one of my first purchases from Whispering Pines Tea Company and I totally forgot I still had it. At first, I was a little concerned about the tea’s age, but after opening the pouch and catching a whiff of ridiculously herbal, woody tea leaves, my concern melted away. I found this tea to be an exceptionally balanced black tea with enough depth and complexity to keep one coming back for more.

Prior to the rinse, the dry tea leaves emitted aromas of malt, wood, roasted nuts, spice, and molasses. After the rinse, I began to catch hints of citrus, camphor, sweet potato, and leather. The first infusion produced an almost identical bouquet. In the mouth, I detected a mix of wood, nuts, leather, and malt underscored by hints of citrus, camphor, sweet potato, molasses, and spice. Subsequent infusions allowed the nut impressions to more clearly define themselves. They reminded me of a combination of roasted almond, roasted chestnut, and beechnut. The sweet potato, camphor, and molasses notes strengthened slightly, joined by notes of caramel, butter, pine, smoke, honey, minerals, and dark chocolate. The indistinct citrus impressions morphed into a clear orange presence, while the melange of spices also came into focus, resembling a mix of anise, black licorice, ginger, cinnamon, and black pepper. The later infusions were clean and smooth on the nose and in the mouth. I detected mild notes of malt, butter, leather, roasted nuts, and minerals underscored by lingering citrus, spice, pine, camphor, and honey tones.

Overall, this was an exceptionally refined Yunnan black tea. I could see what all the fuss was about and only wish that I had gotten to this one a little sooner. I guess that just means I’ll have to pick up a pouch of the 2017 harvest at some point in the near future.