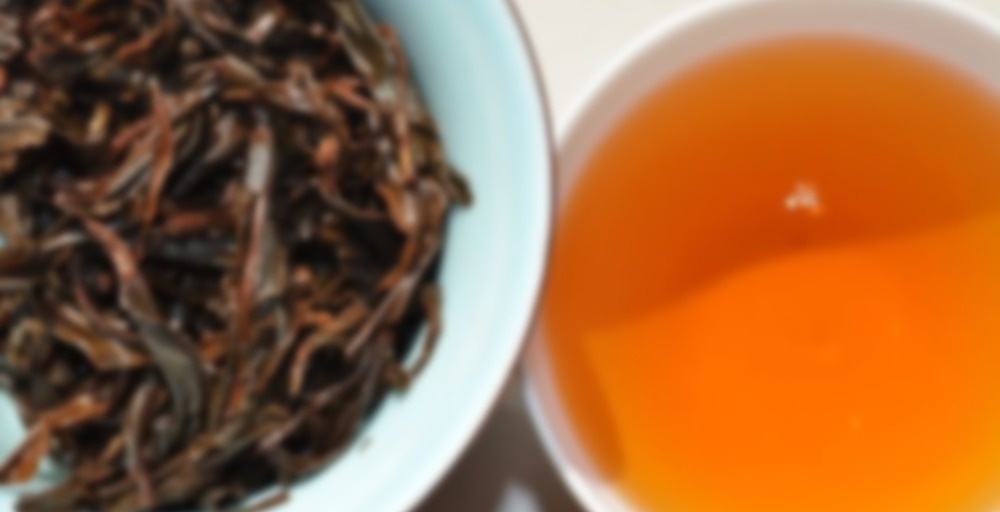 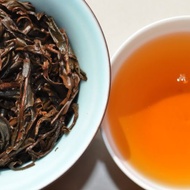 by Yunnan Sourcing
86
You

“Yi Mei Ren” (彝美人) means literally Yi (Minority) Beauty. This tea is named “Yi Mei Ren” as its made from Wu Liang Mountain material, an area inhabited primarily by Yi Minority people and bears similarity to both and oolong and a black tea in its fragrance and taste. Yunnan large-leaf varietal material is used and the tea is wilted and fermented like a black tea, but for a longer period of time with several intervals of vigorously shaking the leaves. This promotes more thorough wilting/fermentation and leads to it’s darker color.
The brewed tea is highly aromatic with a chocolaty sweet taste with no noticeable astringency. The tea liquor is super clear and deep gold with tinges of red if brewed longer. Due to the higher level oxidization this tea can be stored for several years with subtle changes in aroma and flavor.

I took my sons Drew & Leif out to breakfast, as a prelude to a day of prepping the front porch for paint. I made a large go cup of this tea to bring along, because the tea they offer at the breakfast joint is…well, it’s just not what I wanted :)

I have yet to meet a tea from the Wu Liang Mntns that I don’t like, & this one is especially nice, with a sweet chocolate richness, a hint of coriander, & a little floral in there too. A nice start to my day.

terri…i really hope this is the one you sent to us for the bbb Box the other day. i usually count on tastybrew’s notes to let me know i’ve found the right one but there’s none to be found under this one haha

this is another one that escapes me today but still lands on the side of YUMMY! More to come in future tasting notes but yes… YUM!

I really liked this one! I’ll probably have to order more at some point! Glad you like it!

This is another good one from YS courtesy of Terri Harplady and the BBB. This tastes of roasted nuts and is incredibly smooth. I’m using my gaiwan and accidentally forgot it during the 20 second steep and it went for about 2 minutes. Not at all bitter. Just extra roasty and nutty. I don’t taste anything sweet or chocolatey, just a nice roasted tea. I like it!

I’ve really enjoyed this one. Not much left, I think this will be a re-order.

…If you had served me this tea and told me that it was Earl Grey
- then you would have FOOLED me!

’Cause it reminds me of the Earl … Kinda. I would had looked at the reddish liquid, bittersweet smell and gone “Oh, Earl grey is it?”. But a moment later or so I would had stopped, frowned, and stared at you with a confused look in my face.

And then I would sip at the tea and my eyes would go big as I swallowed because I would think something in the line of :“Uhm… sweet black tea… Nutty…. And whats that TINGLE in the back of the troat!? I know this feeling! IT’S POISON!!!!”

But It’s just me who overreact. ‘Cause I am too silly (and don’t you all know it.)
Then I would sip again and talk about the flavors. Chocolat, bergamot, tobacco, nut and a earthy aftertaste.

Hmm… I like it.
But for the wrong reasons. I like it because this tea reminds me of MARLBORRO.
Don’t know why, maybe I was brainwashed before anything with cigarrets was banned from TV. Oh, don’t get me wrong – I don’t smoke. It’s just that I can imagine a Marlborro Guy in a bar drinking this tea. (Smirk).

I leave you with that image.

Lovely, deep red/orange broth with a sensual, dark aroma of malt, fruit and raw cacao. Taste is also dark and sensual with a thick, dark, malty taste like a good stout beer but without any bitterness at all, as well as a light fruit and raw cacao flavor. The second infusion was not quite as thick but still very round and lush, the malty goodness was still there, as well as the taste of fruit and raw cacao nibs. The third steeping was left for close to two minutes and I was rewarded with an aroma and taste that was just as thick and lush as the first infusion but brighter and with even more raw cacao taste and aroma added to the fruit, though the malt overtones were much less foreward but still there. The fourth infusion was much lighter, even after steeping for three and a half minutes, but still just as delicious. A fifth infusion was weak, even after five minutes, so I let it steep until cold and it made a very nice cold tea.

This was actually the first ‘real’ tea (non-flavored) I’ve ever bought and I bought it via Amazon.com. I loved it so much that I went to Yunnan Sourcing’s site and bought more immediately.

Actually, since Yixing clay is a porous earthenware clay, jars made from it are meant only for puerh teas that need to be able to breathe a little (they way they absorb and retain moisture and allow limited air circulation helps maintain a stable environment for puerh aging). For non-puerh teas you really need a normal air-tight container to keep the tea fresh.

Did you get the Jar from Yunnan sourcing? I can’t find any on their website

Thanks for the heads up. Yunnan Sourcing says on their page for the Yi Mei Ren that it will keep and age well and I’m afraid I inferred aging to mean exposure to air, like one would store a puerh.

No, I bought two Yixing jars from the Chinese Teapot Gallery and
Tea Culture Shop on Ebay. I’d read good things about them on several tea forums and tea blogs so I thought I would check them out by buying two tea storage jars. They’re quite nice, though probably not hand made.

And they’d be especially bad for storing oolongs, since oolongs are very moisture sensitive you want them kept as air tight as possible, oolongs (especially unroasted/green ones) can turn sour pretty quickly from environmental humidity/moisture. I’d say the jars are about as airtight as a cardboard box.

I think Scott just meant that he thinks this tea will have a good shelf life.

I have this tea as well, and I love it too, although it’s not really representative of yunnan blacks, or of anything really, it’s pretty unique.

Again, thank you! I’m beginning to be really glad that I joined this site, you’ve saved me from ruining a favorite tea. I think I’ll just put the two shou puerh dragon eggs I just bought into this jar and put the Yi Mei Ren into the double lidded tins I have.

This is the last YS black tea from my order that I’ve yet to review. I don’t frequent Steepster as often, so the thought of logging tasting notes slipped my mind. That being said, I’m looking forward to getting some new YS teas this year. :)

First steep tasted smooth with that “fuzzy” mouth feel. There is also a hint of fruit and black tea flavour.

Second steep brought out a new astringent flavour (I can’t describe the actual flavour so well).

Final and third steep was a really satisfying and strong cup. More of the tea body came out, along with the previous notes.

Overall, this was probably my second favourite out of the five I purchased. Not an amazing resteeper, but still pretty flavourful in short doses or a long steep.

I love this tea like little boys love throwing snowballs. I don’t even know how to describe it, but it’s dark without being heavy and tastes like a fruit, not a specific fruit, but in a way that makes me feel like I wouldn’t be surprised if there was a fruit out there somewhere that tastes like this. And the later infusions become sweet and caramel-like and wonderful.

Chocolatey, fruity, slightly roasty, and incredibly sweet, this is one of my favorite black teas. For me it doesn’t ever really get the bright orange color pictured, but that doesn’t matter. I’m still floored by how incredible Yunnan Sourcing’s black teas are for their stupidly low prices, this is really a unique and top tier tea. Oh, and it’s just indescribably delicious and aromatic cold brewed, I cold brewed a pitcher of it in the fridge for ~36 hours and the fruity chocolate smell is so strong, and the sweetness is even more pronounced, best iced tea i’ve ever had.

Really tasty, approachable, and durable.
Can’t really justify rating this any higher since I just don’t feel it has the range of character necessary for me to stick this alongside teas I have the highest regard for, but boy does it taste good. Not much to add to the vendor’s description, though…

Up front it is floral and toasty. Chocolate, honey, a touch of caramel, and toasted marshmallow in the flavor with cinnamon, table grapes, allspice berries, and a mix of tropical and annual wildflowers melded together in the aroma and nose. Very very smooth. I accidentally let the 6th infusion go for 20 minutes and it’s still very tasty and not particularly different from the earlier infusions. This is really reminiscent of Taiwanese Oriental Beauty (Bai Hao Oolong) but with more cocoa. Rich, buttery body and slight sweet-crisp mouthwatering impression similar to the effect of eating grapes after a tiny bit of chocolate covered caramel.
Soothing and quick to disappear from my cup.