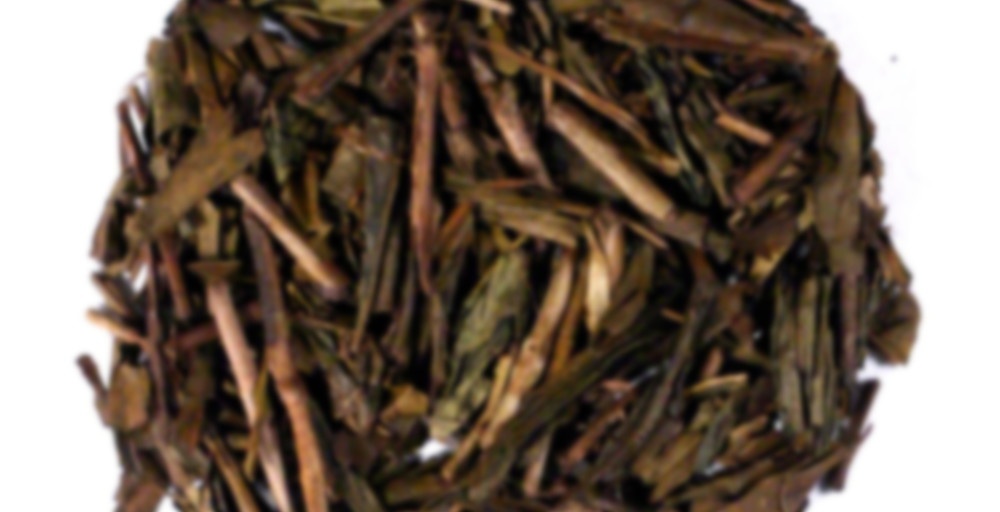 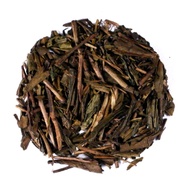 In Japan, Hojicha is one of the most popular everyday teas, along with Sencha. It has smooth and mellow roasted nut flavor created by roasting process of green tea.
It is quite healthy drink which contains much Catechin and Vitamin C and only a small amount of Caffeine. Because of the low Caffeine and soothing properties, Houjicha can be drunk in the evening and can be given to very young children in Japan.
Besides, Houjicha is perfect for iced tea. It will cool you on a sizzling hot day.
Unlike other common Hojicha in the market, Only the highest grade (first harvested, or pruned after harvesting Shincha) tea leaves was used for our Hojicha.The leaves are only lightly roasted to maximize the essential flavor of the tea leaves. The flavor is very smooth and the aroma lingers nicely for a while.

this is lovely. i’ve hardly had a moment to stop and i don’t imagine that will change much…. a light green nutty cup of ‘stop and take a breath’…. not a traditional green. definitely not a chinese green…. i taste marine air and have a sense of salt though not the taste. a savoury element, but when i try to pin it down it skitters away.

i foresee a long and happy friendship. =0)

I used to drink a lot of Hojicha, & I still enjoy a cup from time to time. :)

I like hojicha. Nice and low in caffeine too, so good at night. I had a caramel hojicha once, which was nice.

sounds lovely… sadly i would not be able to taste it. =0(

It merely added a subtle sweetness with a little toasty notes. But I know you have trouble with caramel. :(

such a random glitch 80\ HOWEVER i found one i can taste: chocolate caramel by simpson and vail- their tea is so strongly scented that it seems like i taste it even though i know i was smelling it.

Yes, I just sent out what I had left of this to someone who’s not crazy about green tea. The fact that it has that nutty feel to it, with no gassy notes makes it perfect for the non green tea lovers I find.

I like hojicha and this is a nice example of it. I really don’t have much else to say. This is good hojicha and I really enjoyed it.

Thank you so much TheTeaFairy for sending some my way.

This is my first hojicha ever. I must confess that I was scared of it, especially once I cut the sample package open. (This was a free sample included with my matcha order.)

Smoky, but with something that came across as a burnt toast aroma. Oh dear! But I determined to try it anyway. And guess what? It was pretty good! I really thought it must be very similar to coffee, but I am not a coffee drinker so I can’t say for sure. I thought it might get bitter or harsh as it cooled, but instead I liked it more than when it was hot.

The burnt toast aroma has now turned to caramel followed by smoke, and that is something I can definitely handle. This is so bold (though not in the least astringent) that it is hard to believe it is low in caffeine. I would think that people who can’t have caffeine in great amounts or in the evenings would really enjoy a nice bold cuppa like this – lots of strength and flavor but no jitters and no insomnia.

So – what I thought was going to be an ordeal has turned out to be a really pleasant cup of tea.
Thank you, Zen Tea, for expanding my horizons a bit today!

I have a sample of hojicha that I’ve been a little iffy about trying as well, but after reading this I think I’ll give it a go!

It is very smooth and has such a distinctive flavor that I can see how someone could crave this. It really is great cooled. Bet it would taste wonderful with Thai food, too.

Mmm, Hojicha. Glad you liked it.

I really love Hojicha, but there aren’t many in my cupboard! I was happy to try this one for free with my Zen order a while ago. This one is NICE. Two teaspoons around boiling for one minute for the first steep. Two minutes for the second steep. Both cups tasted the same and SO GOOD! This isn’t the hojicha with the deepest flavor I’ve tried.. it is lighter and sweeter. It tastes like I added sugar somehow. I love hojicha more than most non-roasty toasty green teas (unless it is a REALLY good one.) I would definitely buy this one as Hojicha staple for my cupboard! Honestly, it reminds me of the Honey Smacks cereal it tastes so sweet (I swear I haven’t had that cereal in forever.) So you’re in luck if you happen to read this review, you are addicted to Honey Smacks, and want something healthier as a replacement. I doubt that will happen though!

Well, sort of a sipdown. There’s enough for a cup left but that’s being set aside until it can be sent to someone else in a swap VariaTEA, so I’m just gonna take it out of my cupboard in the meantime.

This is my first Hojicha but I’ve read a fair bit about them so I had a relative idea of what to expect. Dry, it smelled like straw and steeped up, it smelled very much like a Genmaicha.

Taste wise, it was like a Genmaicha in the toasty, roasted quality of it but it didn’t have the “puffed wheat” taste. It gave me the same kind of “hug it close to your body for warmth and comfort” kind of feeling, though. It was really yummy, although it got relatively bitter by the time I was at the end of my mug.

I hope VariaTEA likes it! I’m not sure why, but I just have this feeling that she should really try it.

Haha I look forward to it :)

I’m sipping down old tea samples that have probably lost a little of their potency, so bear with me. I’m trying to clear through several of them today. I had a sample of this in the cupboard awhile. It’s unusual for me since I’m more of a black tea drinker familiar with that; green is a world waiting for me to try.

I liked this one. It’s mild but different. I steeped the minute with 2 tsp. as recommended, then added a bit more time to see the difference (again, older). It’s very earthy and makes me think of mushrooms a little. It’s roasted and cozy. I’d buy more of this one.

I love hojicha! And it’s definitely a good choice of green tea for a black tea drinker. :)

Cameron, it was a nice surprise and I agree, I’m curious on trying others of this type. :)

Hojicha is one of the green teas I enjoy as a black tea drinker as well!

Lupiress, I can send you some samples to try if you’d like!

That’s so sweet of you, Cameron! I don’t really have many samples so don’t trade I’m afraid. Expecting some new ones soon, been doing some small orders

Thank you Roswell Strange for a sample of this tea. I am realizing I am a fan of hojicha because it has the roasty-toastyness of a genmaicha without any rice. This is no exception. Delicious and warming. A nice tea however I have so many genmaicha teas to achieve this flavor that I doubt I will be ordering any of this in the near future.