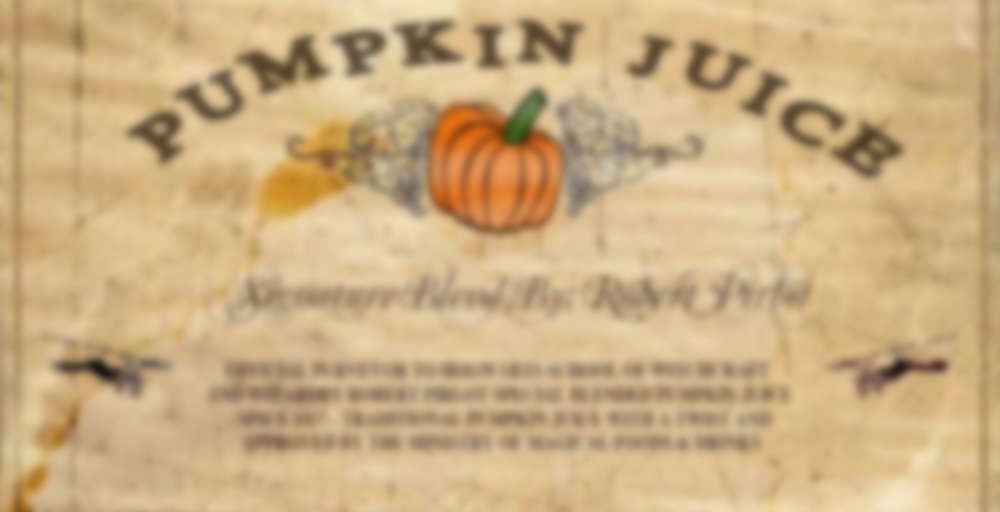 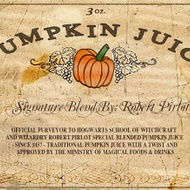 Enroll in a School of Witchcraft and Wizardry, think magical thoughts and drink this.

I just added this to my cupboard but to be honest it was a tiny amount of tea to begin with and I have had it before so now there is only about a serving left. I made lattes with whipped cream and sprinkles for my husband and myself tonight and this was super good for that.

My lattes for two are generally made thus: twenty ounces milk and three tablespoons sugar heated and three teaspoons tea added. If the tea blend is full of pieces of dried fruit or chips or something, I will add a little extra or make sure the spoon is heaping. Heat (but not to boiling) and leave it at least six minutes but preferably ten. As long as the milk is good and hot you can turn off the burner for the last bit of steeping.

Strain into two mugs and top with whipped cream. My husband really loves sprinkles so I add those cuz he is a nice guy.

This tea has been here for a while. It was a gift to my daughter and she never got around to trying it, but in spite of its age it had great flavor still and nothing had gone “off.” This is something I would definitely consider repurchasing just for cold weather treats. The tea and the spices both come through nice and strong and really since it has so much flavor I could cut back on the sugar. If the blend is heavy on “pieces” rather than tea leaves and flavoring, it sometimes needs that bit of extra sugar to make it flavorful.

This is the last of the teas from the Magic Potions sampler, and is a blend of Adagio’s Pumpkin Spice, Vanilla, and Caramel with (apparently) added apple pieces. I wasn’t expecting a lot, for some reason, but I was actually pretty impressed with this one. It has a nice, soft pumpkin spice flavour – although more spice than pumpkin, as is usually the way. The clove and cinnamon dominate, but in a pleasing way – they’re not jarring or out of place. The vanilla and caramel help, I think – they’re very smooth and creamy, and they help to give the overall profile a bit of a lift. They certainly add a sweetness that would otherwise be lacking. I can’t taste much in the way of apple, but that’s a pretty minor complaint.

I like this one. It makes for a really enjoyable autumnal cup, and is a nice twist on plain pumpkin spice. I have a feeling it would make a decent latte, but at the moment I’m happy with it just as it is!

Broke this one out today because the cooler weather got me in the mood for fall.
It’s old. I’ve had it kicking around for several years. I should have used more tea to make it a stronger brew… But it’s still good. Creamy, sweet, cinnamon, cloves, sugarcane, high quality black tea. I remember the base tea having a bit more of a bite to it when it was fresher, but I actually like the more mild flavor from the base because it allows the spices to shine through a bit more.

This is the first “Magical Potion” tea I’m trying from all the samples that Dexter sent me! I would have been with making any of them in the timolino today but this was the first I grabbed from my sample drawer in the kitchen so it was the one I went with.

I tried to keep the steep time short; my experience with some Adagio blacks is that they go bitter quite quickly. I think this got just shy of a four minute steep, and I think that may have been pushing it because taste wise there was some noticeable bitterness to this. I also picked up on caramel notes, although they were not as smooth as I would have liked for them to be. Thankfully, I didn’t really notice any of the spices in this except for maybe the cinnamon and a little cardamom. I’m not really a Chai fan so I certainly didn’t miss tasting them.

You know what I did miss? Pumpkin. You’d think that a tea named “Pumpkin Juice” or whatever would at least have a little Pumpkin flavour, but nope! I was disappointed about the absence of it. I felt lied to.

So this one isn’t really for me; but I still feel like it was a lot of fun trying it and I think it’ll be a lot of fun to continue to try the other Magical Potion blends. Maybe I’ll watch one of the movies and drink a few of the teas to accompany. That could be a fun thing to do!

I also missed out on the pumpkin in this blend, though I did get notes of pumpkin spice which I find many teas think are a suitable substitute.

Like most other pumpkin teas, this tastes like black base and pumpkin spices. No caramel to be found and nothing really special other than the name. Still, it is always fun to try something new so I am very grateful to Nattie for sending me this along with all other Harry Potter potion teas.

I have came across so many ‘pumpkin pie’ etc. teas that have no pumpkin in them whatsoever and are actually just a blend of spices. I am soo happy that this one has real pumpkin flavour in it! Dry, the tea smells good. Spicy, but not particularly pumpkin-y. After steeping for three minutes as per recommendations, this tea actually smells exactly like warm pumpkin punch! Absolutely no bitterness, just a smooth, buttery spices pumpkin taste which is just beautiful. Seriously. I didn’t think I would like this as much as I do, but I am definitely a fan! This is a bit of a late note, and I can’t quite remember exactly what it tasted like with different additives, but that just means I have an excuse to sit and drink it all day tomorrow in the name of a better review.
hehehe