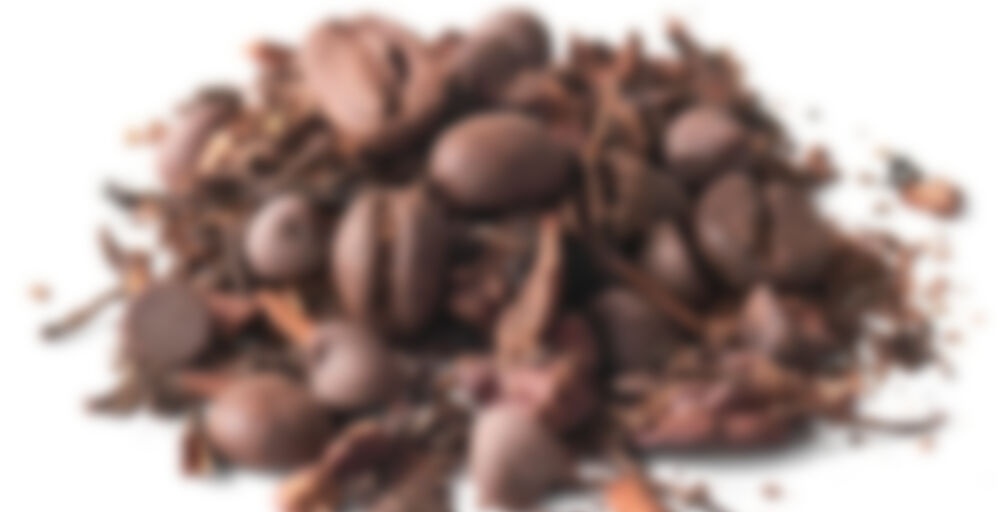 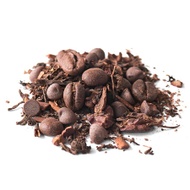 Ever heard of a dirty chai? A great alternative to coffee, it’s usually a single or double shot of espresso and spiced black tea. Of course, we had to take it a step further – with chocolate. Mocha Chai is an Elephant Approved® tea with a unique chocolate-forward flavour and a spicy chai twist. Welcome to coco chai love.

How it tastes
A unique chocolate-forward flavour with a chai twist.

Who says you have to choose between tea & coffee? This blend delivers the best of both worlds.

To be honest, it’s the Ghirardelli chocolate that does it for us.

I was very excited for this tea , mostly because I haven’t had any mocha teas to date and it sounds delicious. I don’t like this one though, it basically tastes like some weird weak coffee with some odd spices and I don’t get the mocha. Not really. It has Ghirardelli chocolate, , random whole coffees beans, elephant approved tea and mate. Also natural flavoring.

Eh, yuck. I really wanted to like this but I am very averse to something in this tea, and even as a sweetened latte (!!), it was drinkable but not particularly enjoyable. Looking at the ingredient list, I was expecting to see chicory or something along those lines, but the only ingredient flagging to me is the roasted yerba mate… which I actually typically don’t mind? So it may be a combo of that and the spicing. Aside from that… elusive flavour I’m having trouble pinpointing, I thought it might have been decent…

I should really start a “giveaway” box…

Ha ha I have a “rehoming” box where I put things that are just not my cup of tea. Like lavender… XD

Omg, I love lavender in tea. Funny how we are.

I’m a lavender fan too. In fact, I like almost all the “taboo” flavors in tea (hibiscus, licorice root, etc.) But I have an extremely strong banana aversion and avoid banana teas like the plague, which are always wildly popular on here. I’ve just settled into being the weird one out. :-P

Lavender’s high on my loved list too! (But not hibiscus or licorice, hahaha.) My problem is definitely remembering that I have these teas to get rid of… and then finding someone to take them! This one, I might be able to hand off to a friend’s husband who loves coffee in tea, although I don’t know his thoughts on chai/spice.

You would think, by all accounts, that I wouldn’t enjoy this tea very much because it’s a mash up of three broad tea flavour categories that I don’t often like: coffee, chocolate, and chai. However, each of those categories kind of has this like “one quality” that I enjoy about them/like enough to want to venture into those flavour realms – and I would argue that as if by magic this blend touches on my own personal “best attribute” of coffee, chocolate, and chai blends respectively. So it’s not a new favourite for me or anything like that – but I do enjoy it!

So what are the three aspects of the major flavour catagories that I’m into!? Well, lets start with chocolate: this blend uses Ghiradelli dark chocolate in it and that richness and dark cacao flavour really comes through in a way that I personally find much denser and fudge-y than a lot of DT’s current chocolate teas. I’m not huge on chocolate even outside of tea, but if I’m going to reach for chocolate now it’s most likely to be something very dark…

The second main flavour bucket? Coffee. I don’t drink coffee – never have, even before I was a tea drinker. Every now and then I will find something coffee flavoured or a coffee tea that I don’t mind but those are usually coffee flavoured things that lean heavily into the sweetness or creaminess of lattes/cappuccinos. That is not really the direction here. For me, the element of the coffee flavour that I really enjoy is that it tastes noticably roasted to me. I love a nice roasty toasty note in a cup of tea, so a coffee profile that leans into the roasted qualities of coffee definitely touches on some of my flavour preferences. The use of roasted yerba mate mixed with the black tea base really helps push those notes forward to make them a significant part of the cup composition.

Lastly though, and perhaps most importantly – the chai! All of DT’s favourite spices are at the party in this blend – namely cinnamon and ginger. I don’t mind the cinnamon, though I’d personally prefer a bit less ginger even though it’s honestly pretty light as an addition. However, the best part for me is the clove! It’s not a super strong clove note – that’s still not a spice flavour that tends to make a strong splash in DT’s chai blends since it’s pretty polarizing. However, you can definitely see those gorgeous clove buds throughout the loose leaf and that lovely flavour comes through in the undertone of the sip. It just adds nice warmth and depth to the cup, and separates this blend from the other chocolate/spice mixes that are part of the collection. Any time I have an excuse to work on a tea with the addition of clove I get excited, and I just really appreciate the complexity it adds to this blend.