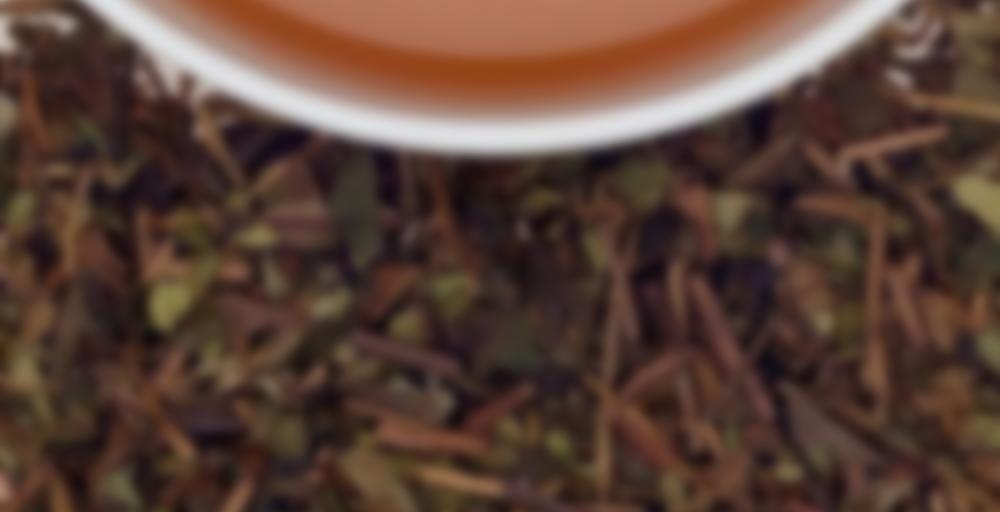 Indulge your senses in the flavors of Venetian Tiramisu tea. Evocative and romantic, each cup begins with a blend of delicately floral Mutan white tea and toasty Japanese Hojicha. Swirling flavors of cocoa and vanilla layer throughout the tea, accented with cocoa nibs and just a hint of brandy flavor. The result is a shimmering, deliciously complex infusion that summons up visions of Venice in every sip.

Great aroma, a lot of chocolate and vanilla flavor. Seems accurate to what they’re going for, just not really my thing.

Work has been absolute exhausting chaos for the past few weeks, but I’m trying to get back into the groove of tea writing. I took a breather today and felt like something chocolatey, which I don’t have many caffeinated options for. This fits the bill though! About a teaspoon of brown sugar really brings out the chocolate and brandy notes, perfect for a cold winter day. I’ll be sad when this one is gone.

Advent tea
Somehow this tea manages both a chocolate and vanilla note without canceling each other out. This is yummy! The chocolate isn’t chalky and the vanilla doesn’t taste artificial. Brewed it smells amazing and tastes just as good. I think I need this one in my cupboard.

Oh there were others that I would consider revisiting, but this one was very nice!

I have to say SIPDOWN and THANK YOU ashmanra!
I had this tea earlier, but I was so numb so I wasn’t writing any notes to it and as I wanted something sweet. And if possible, less caffeine as it is already an evening.

I really like this blend. The dry aroma reminds me Granko (milk/water soluble cocoa drink, similar to Benco as Wiki says so)

The dry aroma transfers to brew as well. Though, some roastiness is there as well, I guess it is hojicha and as well some vanilla notes are there. The taste is maybe even little bit bitter. But it is cocoa bitterness! I notice creamy notes, some brandy-alcohol like, quite roasted. Bit drying; but it’s okay.

I have asked my Swiss friend with Italian roots if there is some difference between Tiramisu from Venezia and others and she just doesn’t know! But she liked the concept of liquid Tiramisu.

I have bit oversteeped this tea probably, as it is drying and way too roasty probably.I have used the boiling water as well, apparently it wasn’t the most clever thing (they suggest 175°F).

Ehhm, I really like it, though it won’t be on top of teas I had. But great afternoon-evening drink when you want something creamy-bitter-sweet something but you have only teas.

I am glad you enjoyed it!

ashmanra: I am keeping the ox just in case for another tea which needs to be packed it air-tight container. Moreover I just like it!

Martin: I knew what you meant! Ha ha! :) I make SO many typos and don’t see them until after posting, if then!

Thanks for the sample, Peach! Finally getting around to trying this one a whole year later. I was cooking and ended up oversteeping this, which made the first brew bitter, but the flavoring is still tasty. I’m enjoying it more when it’s cold and I’ve added almond milk and lots of sugar. I brewed the resteep more carefully and noticed some toastiness. The next time I had this tea, I had it without milk, and that was nice and desserty. I don’t think this tea is special enough to buy, but I’m glad I finally tried it! It’s not really like tiramisu, just a light dessert tea.

Okay yeah, Harney had a Leap Year sale so I splurged. Did I really need more tea? No, not really. I could build a fort out of all my Harney tins. But there was a sale, that’s my story and I’m sticking to it.

I do like it though. I could see myself going for it when I want something light and sweet, and not one of my heavier teas. Probably in the middle of the afternoon and not so much first thing in the morning when I need something good and caffeinated.

Off to break out Code Vein again, since I bought the season pass. :D

Oh cool.  I just noticed that Harney has a Tournament of teas type thing on their site. Unfortunately, there aren’t many on the bracket that I would consider to be their best teas.  My favorites, at least from older harvests: Hot cinnamon sunset, Paris, Tower of London, Golden Monkey, Indian Nimbu, Vanilla Comoro,  Matcha iri genmaicha

Actually, here are brackets I would have came up with, even though some of these teas are gone now :D
Paris vs. Tower of London
Indian Nimbu  vs.  Matcha Iri Genmaicha
Golden Monkey vs. Tippy Yunnan
Hot Cinnamon Sunset Vs. Valentine’s
Yellow Fairy vs. Wenshan Baozhong
Vanilla Comoro vs. Roasted Buckwheat matcha
Nahorhabi  Full Leaf Assam vs. Vieux Paris
Dragon Pearl Jasmine vs. Green tea with Coconut

This is my first white tea blend so I followed the steeping instructions closely. Once I finished the steeping, I added a little sweetener and half & half. I definitely tasted cocoa and vanilla flavors and an additional flavor I can only describe as toasty. Regardless of how I would describe this tea, the overall effect was delicious. Although I may never become a white tea aficionado, I truly enjoyed this cuppa and this tea will definitely go on my repurchase list.

Sipdown!! Yeah! Made my goal for the week.

I totally left this one on the kitchen counter this morning. Oops. But it was still mighty delicious when I came home for lunch.

I’m really excited because I got a CBD infused chai in the mail today. They even included a little CBD honey stick. How sweet! I’ll probably have a cup as my breakfast tea tomorrow. I’ve never tried CBD but suffer from anxiety and anxiety-related chronic pain in my shoulders. I’m hoping for some relief, as a few friends around me have started taking it and have had good results. We’ll see!

I hope you feel better, Tabby. I hpe the CBD honey stick helps. If it does, I’ll share with my brother who also suffers from anxiety-related chronic pain.

The honey stick is a really low dose, so I’m not sure if that alone would make a difference. But I will let you know if the tea helps!

Our local tea shop just started carrying CND honey. They sold out after about two days.