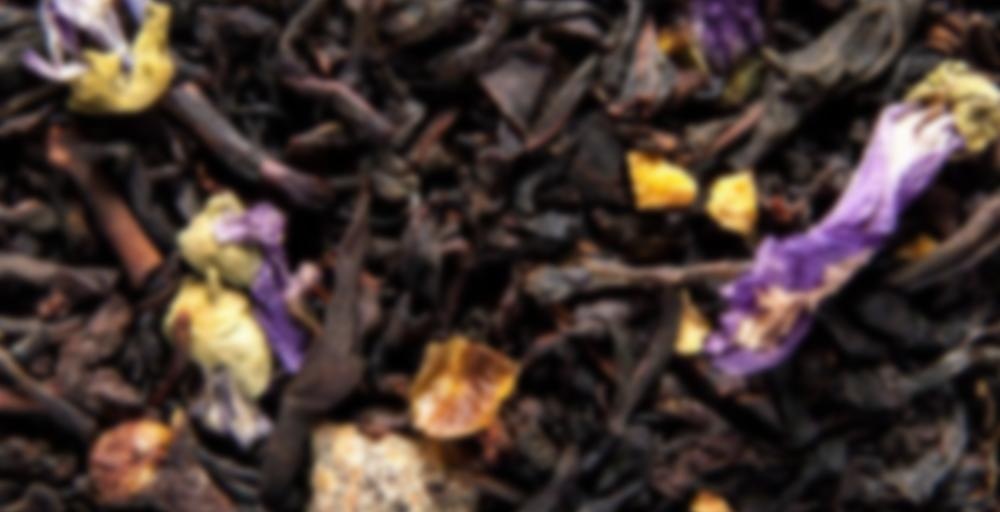 by August Uncommon Tea
63
You

I find it odd that August Uncommon markets this as an Earl Grey, because I barely taste the bergamot at all! But once I got over my disappointment at this not really being a flavored Earl Grey, I do like it for what it is: a strongly-flavored plum and clove black tea. The clove can be a bit overpowering (I’ve learned not to get more than 1 whole clove in my infuser!) but brewed correctly, this is a lovely balance of fruit and spice on a malty black base that resteeps beautifully. I don’t love this one as much as some of the others in this sampler pack (looking at you, Low Country and Silencio!) but I definitely enjoyed getting the chance to try it.

I had a cup of this earlier and was so pleasantly surprised! I had tried this once before, when it first came in, and didn’t like it at all. It was too strong (my fault for using too much tea) and gave me an awful headache with its strong aroma. The bergamot caught my eye today so I thought, why not? I’m glad I gave it another chance. Really delicious.

I’m not loving this. It has an odd, familiar medicinal note that I can’t place. Perhaps it’s the plum combined with the clove? The base itself is pretty abrasive as well, which makes for a pretty abrasive sip.

I like August teas, but this one tastes like Listerine. It’s the one and only time in my life that I am throwing out a canister of tea. It’s fugly!

Well, hello there! Good to see you! I hate tossing tea, too…got a plant that you can fertilize with it? :)

Doulton? Is it really you? Welcome back! We have missed you!

I’m not sure about this one. It tastes like I’ve bitten into one of those Xmas decoration oranges. The ones that are covered in cloves. It tastes a lot less bergamot to me and way more orange peel. It’s hard to get past the orange clove combo and taste anything else. Clove can be dominating that way. Adding cream killed the flavors. I’d like to try different steeping parameters next time.

50
Not Recommended
Cameron B.
2231 tasting notes

…what a weird tea this is.

It sounds good in theory, I love plum and enjoy bergamot. But the plum here is very odd and candylike, and a bit chalky. The bergamot and clove combination becomes very perfumey.

Overall, it’s a weird artificial and medicinal mix and the rest of the sample is getting tossed. A shame, this was one of their teas that I was most interested in.

Oh my, this one sounds bleh.

I feel like the flavor combination could be good, sort of the like a mulled spice Earl Grey, if only the plum flavoring wasn’t so very weird…

Plum is notoriously one of the hardest flavors to get right using flavouring – along with caramel. They just never taste correct.

I was fairly pleased with the plum notes in DF’s Noël à Saint-Petersbourg that I had recently, but this one definitely misses the mark.

I’ve been generally impressed with all of DF’s flavourings. I am fairly picky about flavoured teas, but theirs seem to really hit the mark!

Looks like I’m the odd one out. I almost didn’t order this due to the less-than-stellar reviews, but I’m so glad I did! It is very fragrant and heavy on the clove and plum especially. A little floral but not overwhelming. That plum note is so syrupy, like candy, and the clove is very present but not to the point that it feels like your tongue is falling asleep. Plus the orange peel contributes to that candy vibe. The description mentions that EG lovers would love this, and while I’m an EG fan, I don’t see much of a similarly between the two flavour profiles.

I mostly get clove-accented blackberries and stone fruits, with a floral citrus-orange mix that comes off as overly perfume-like. The floral perfume thing is unfortunately a little too much for me; it drowns out the room (and my tongue) for hours after the initial session. I kept thinking about how much Sil would dislike this one if I sent it to her.

I’ve been spending the morning catching up on my Steepster ratings, which means you’re going to be seeing a LOT of posts below this one from my work with the Sororitea sisters. I tried to grab a snippet from each post which indicates the general feeling each tea evoked. (Or a snippet that I think is funny. I like to believe I’m funny.)

This post, however, is a full post. A STEEPSTER EXCLUSIVE, JUST FOR ALL THE FANS OUT THERE, Y’ALL. REPPIN’ THE ORIGINAL STEEPSTER.

I bought a bunch of teas from August Uncommon on a whim. I had a lot of overtime money from work, and hey, gotta blow it on tea. Better than, like, um, hard drugs or more shoes. Or whatever it is other people spend their money on. (I don’t know how “hard drugs” or “more shoes” were the first options that came to mind. Am I okay?)

There’s a part of me that felt despair about ordering from August Uncommon. Am I cool enough to be ordering anti-establishment, edgy teas? What if it turns out I really am just a tool of the system? The Celestial Seasonings of human beings? (Reppin’ some fine grocery store blends!)

My first pick from my samples was “The Metropolitan,” which according to August Uncommon’s site, “feels like sparkling conversation on a city terrace.” It also (among other things) tastes like “neroli flower.”

I’ve never had “sparkling conversations” on city terraces (REPPIN’ THOSE ‘BURBS), or tasted a neroli flower. But I enjoyed this VERY STRONG brew. If you want an end-of-day wind-down, this isn’t for you.

It’s mostly a very tart fruit/berry flavor with with citrus notes and spices. It doesn’t back down.

If I were going to liken this tea to a movie franchise, it’d be The Fast And The Furious.

PS — How many things did I “rep” this post? At least three things.

This is a queued tasting note.

Very floral and lavender-y with strong, brisk bergamot notes and then undertones of both the plum (semi-sweet) and clove. I still think that the flavour notes of this tea are a little cacophonous but it’s growing on me slowly but surely.

Slowly is the key word, though.