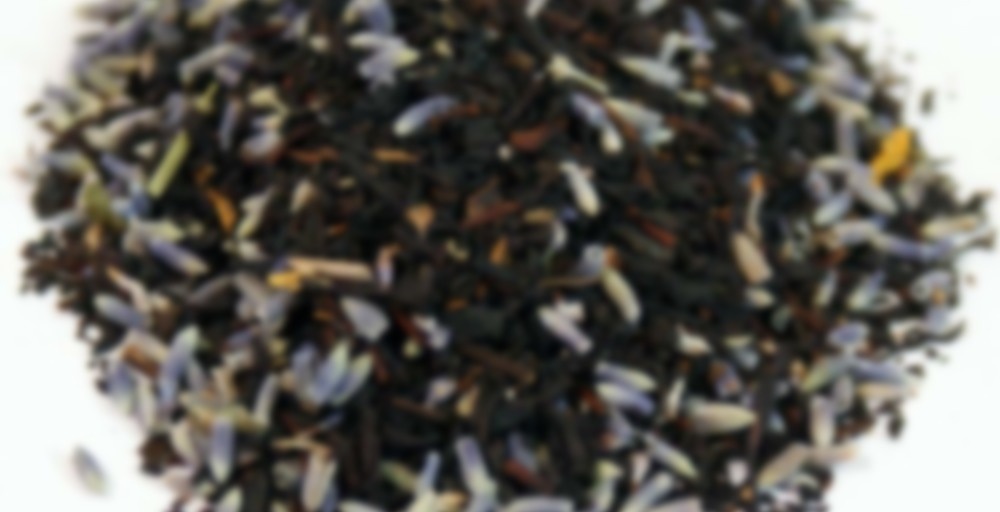 For those lovers of lavender, this tea provides a unique tasting experience. It’s lavender all the way, from the delightful floral bouquet to the tantalizing lavender liquor. The addition of sweet, succulent apricot fruit flavoring to this blend produces a cup that is full bodied with a uniquely sweet, floral taste.

Last teabox black, from the Discovery Teabox, so thank you to Skysamurai for organizing and all who participated and shared teas in the teabox! (All I have left now are some very old teabox pu’erhs from the very last Here’s Hoping Teabox… and since pu’s aren’t my favorite, I’ve continued to sort of… uh… “let them age”? Hahaha.) Another floral tea, so of course I wanted to try it! Scooped a teaspoon (CBA to weigh this morning), 3 minute steep, 350ml of 205F water for my work thermos. Brewed to accompany my two pieces of toast with marmalade and then take to work with me.

This is a strongly lavender black tea. The florality isn’t perfumy but has a bit of a herbaceous bite, and that is with a short 3 minute steep (I bet any longer and it would’ve gone very bitter, as lavender in high quantities tends to do that easily). This is probably stronger in lavender than any Lavender Earl Grey I’ve ever had… but then, maybe the bergamot is cutting through the lavender some in those cases. I like lavender, but omph, it is very heady here, and if I knew it would be this strong, I would’ve prepared this as a latte (I love me some lavender milk). As a bonified, 100% loves-all-things-lavender fan, and even I feel this tastes like a little too much, I think the blend could’ve either done with a) a little less lavender in the ratio or b) a stronger black base to compensate. I’m really not able to pick out any particular notes from the base black tea against the lavender. That said… the base tea is supposed to be apricot-flavored?! I think that was what interested me the most about this blend, as apricot plus lavender sounded like an absolute win of a flavor combo. But I do not taste any apricot at all! That’s a bit disappointing too. Who knows, maybe it is in there, but with the lavender being so strong, there is just no way to taste it…

I added a teaspoon of honey and a dash of lemon juice to the cup to add a bit of a mellowing effect against the strength of the lavender, and that was actually quite pleasant (I somehow always forget additives are there to save an otherwise meh cup!) I will probably continue that going forward with future cups, or go with the latte idea, since the milky/vanilla flavor will help compliment/cut through the lavender flower as well.

Not one of Simpson & Vail’s florals that I would purchase (it’s no Violet Black!) as without the novelty of the apricot with the lavender, I can easily add lavender buds to any black tea myself, and then control the propotions more to my taste. Definitely glad I got the chance to sample this first, since it’s the sort of thing I probably would’ve bought for myself and then been a bit disappointed that it wasn’t what I really wanted. Thanks so much for the sample, tea_sipper!

Mastress Alita Me too! That’s why I haven’t been drinking or posting about any pu’erh tea. The last one I tried recently was White2Tea’s If your reading this it’s too late. I think it still needs to rest a bit.

It was kinda a joke, Kawaii, hahaha. Every pu I’ve tried thus far tastes like dirt or swamp water to me, and I haven’t liked it, so I’m kinda “putting off” drinking them. I’m just “rebranding” the “putting it off” as “aging them” :-P

Another lavender tea from the tea box – I’m not complaining! The main flavor is lavender with the bit of bitterness that lavender brings. The lavender flavor really lingers in your mouth. The black base definitely adds some complexity to the blend, but I’m not sure I would know it’s black tea if I hadn’t seen the leaves going in. So I like this blend, but I don’t like it better than S&V’s lavender lace, which is caffeine-free.

Another unique blend from S&V. This is a black tea with plenty of lavender and a hint of fruit flavor… though I’m not sure I’m noticing much fruit flavor. It’s supposed to be apricot, and if I notice any it’s only the hint of a flavor in the first cup. It’s not surprising because there is SO MUCH fresh lavender here. So much. But it’s delicious. The black tea is very light, so if I had to guess with my eyes closed I’d say I was drinking a lavender blend, with no black tea at all. The black tea is a little light for me. Of course, I might not have steeped the second cup long enough or with boiling water. I’d really love that ‘nectar’ to be much more noticeable. But this tea is a win for lavender anyway.
Steep #1 // 1 teaspoon for a full mug// 10 minutes after boiling // 3 minute steep
Steep #2 // few minutes after boiling // 3 minute steep

Mmm, lavender! I will definitely sample this one, thanks for including some in the teabox.

You’re welcome! I hope you love it. :D

The first thing I noticed about this one was the lavender. Little purple oblong buds in abundance in this tea. The scent in the tin is, remarkably, unlike many other Simpson & Vail flavored teas that have been packed together for shipping — this one has a distinctive smell that lives up to its name. Definitely nectar.

The steeped tea also has this smell. Nectar, floral. Yep. It’s got a definitely lavender scent which carries over into the taste. So three for three! It’s a clear, medium orange-brown in color. The base is surprisingly supportive of this tea without being distracting.

It’s one of the better S&V flavored teas I’ve had. I find this surprising as I didn’t expect to like it at all.

I was surprised at how light this tea actually tasted. It’s got a very strong, sweet smell to it, not to mention a lot of lavender in the dry mix, so I was expecting something a little more intense than the light flavor I got at first. There’s also a subtle fruitiness, due to the apricot flavoring.

It’s certainly nice for the summer, kind of a “cheery” tea. The flavor becomes slightly stronger as it cools, but not much. Just enough.