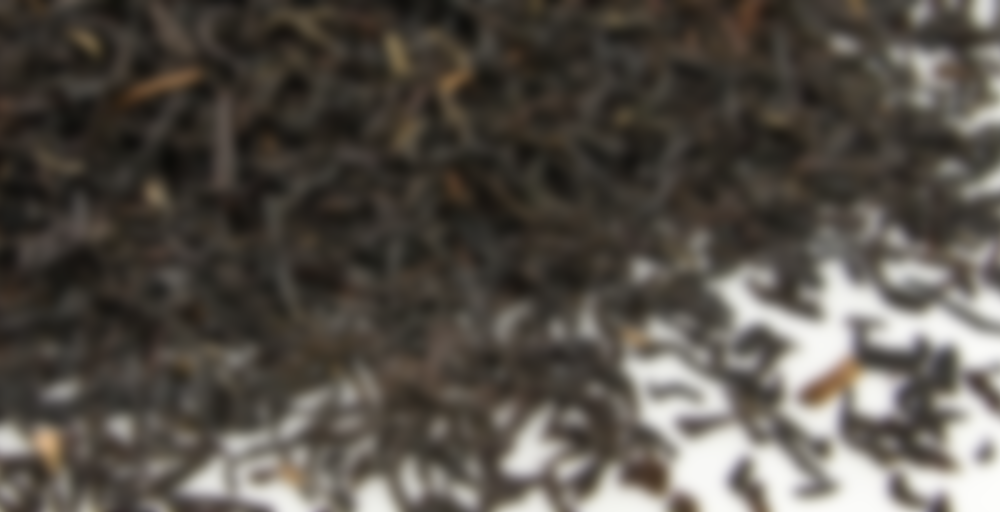 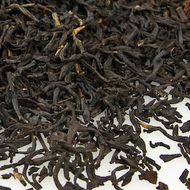 with 76 Ratings Rate this tea Rate This Tea

A warm and sweet brew with depth of character. Full, orthodox Keemun leaves with a scattering of golden Yunnan and Assam tips produce a rich infusion with delicious vanilla and honey notes. Full-bodied and smooth, a hint of briskness cleans up a sweet vanilla finish. Versatile, refreshing and appealing, this is a morning staple that keeps telling a different story on each new day.

Serve: Black or with a splash of milk. Can take sugar or a drizzle of honey if desired.

I bought this as a souvenir for my colleagues. I was expecting a really sweet vanilla tea, but this turned out to be something quite different. The vanilla was aromatic, but it was only barely noticeable taste-wise. The tea was a bit sweet but the flavour came from the special plum-like sweetness of Keemun tea. The blend of Chinese tea with vanilla was a very novel combination to me… perhaps a bit weird too, given I am a Chinese and the tradition is to drink Chinese tea without any added flavour!

I’m laying in bed at 9:40 am jet lagged as hell contemplating what I’m going to do today and I must admit sit around in my pjs drink tea and binge watch tv is winning right now but I know I’m going to have to get up at some point and at least buy groceries if I want to eat at all today… Lucky I preplanned prior to my trip well enough that I at least have milk in the fridge and so I’m celebrating my return to the states and more importantly to my own very comfortable bed with a cup of my favorite Aussie tea!!

Melbourne breakfast is a real winner for me! Full of warm vanilla flavors and malty tea goodness with just a slight chocolate end note, this is still my favorite lay in bed all morning and do nothing tea! Good thing I filled my suitcase full of bags and bags of this deliciousness to keep me stocked up for a few months!

On a recent trip to Australia (from the UK) I stumbled upon this chain of tea shops and immeditely believed I had found heaven. I ended up buying 12 of the regular sized boxes of tea to bring back with me, and of them all, it’s Melbourne Breakfast that has worked it’s way to the top of that list as my go to brew in the morning.

I use the large infuser cups, so my brewing advice is always based on that.

This tea has a real depth of flavour, and while the most obvious note is that of vanilla – like other reviewers have said – it doesn’t overpower, and to me tastes more like a very mild chocolate, especially towards the end of the cup where it sometimes even tastes a bit like a hot chocolate to me.

Despite that, for most of the cup it is very much a tea – and although there is a slight smokiness, it doesn’t come out too strong against the sweet vanilla.

for my infuser I use a tablespoon of leaf, and infuse for the instructed three minutes. Being a Brit, who adds milk to every black tea, getting a deep flavour and colour is essential. Using less than a tablespoon gave a weak and grey murk.

As an introduction to flavoured tea I would say Melbourne breakfast is perfect for those who don’t find vanilla flavoured products distasteful.

A friend brought me this tea from his visit to Melbourne, and this is one of the most delicious breakfast teas I’ve had! The light smokiness from the yunnan is a lovely balance to the sweetness. It’s a great milk tea, but it’s so rich and just sweet enough that I don’t NEED the milk. This is a revelation – breakfast tea without milk!

This tea turned a non-tea drinker friend of mine into a believer. It truly tastes like a chilly autumn morning sitting outside of a Melbourne cafe. The sweetness of the vanilla with a smoky body. I like to let mine steep for at least 3 minutes and drink with a splash of milk. Delish!

Looking for vanilla & caffeine but don’t want a sweet drink for breakfast, look no further, Melbourne Breakfast manages to smell and taste like vanilla without being overpowering or too sweet. It really is the perfect breakfast tea because you can have savoury (say Vegemite toast) or sweet (cranberry toast) or anything in between – eggs and bacon, cornflakes, everything goes with this tea. I find it’s best when left to infuse for about a minute. I don’t like anything added to it because as is makes for a satisfyingly decadent light drop.

I tried this after loving T2’s Crème Brulee – Melbourne Breakfast is far less sweet than this and therefore more suited to first thing in the morning, it’s also not as strong a black tea and is able to be infused for longer without turning bitter.

It really does feel like having a sip of Melbourne – it’s decadent, refined and perfect as is. (Perhaps I’m a little bias being from Melbourne :) ).

Boiling 1 min, 0 sec
Yours I Like This
1 likes
0 comments
Edit

This was the first box of tea I purchased from T2 many many years ago. Since then I have started combining it with T2 chai for an extra special cuppa. I enjoy it as a rich morning tea with milk or in the afternoon with no milk but usually accompanied by something delicious to nibble on. Delicious!

I don’t ordinarily go for vanilla flavours, but was definitely pleasantly surprised! I am a big fan of strong black teas, and love English Breakfast, so this was a well-chosen gift for me.

The vanilla adds just an edge of sweetness, it’s certainly not dessert-like, or at all artificial.

The beaniness of the vanilla flavour means it tastes very good with soy milk, too.

I haven’t been into getting T2 teas for quite awhile, but when I saw this in ye olde Home Goods, curiosity got the better of me, and the price was so good, I decided to go for it. A nice, creamy vanilla black tea, quite nice. I drink it as a breakfast tea with milk, and although I don’t tend to like a marshmallow-y vanilla, I don’t mind it with this tea. This one is not loose leaf, so yay for convenience.

Vanilla breakfast tea. It’s very smooth, has a good vanilla flavor and is super easy to drink without any cream, but it gets a little boring after several sips in.
Out of all the time I’ve spent in Australia, I never made it to Melbourne and have no idea why this tea would be a reflection of it. I hear it’s a lovely city.