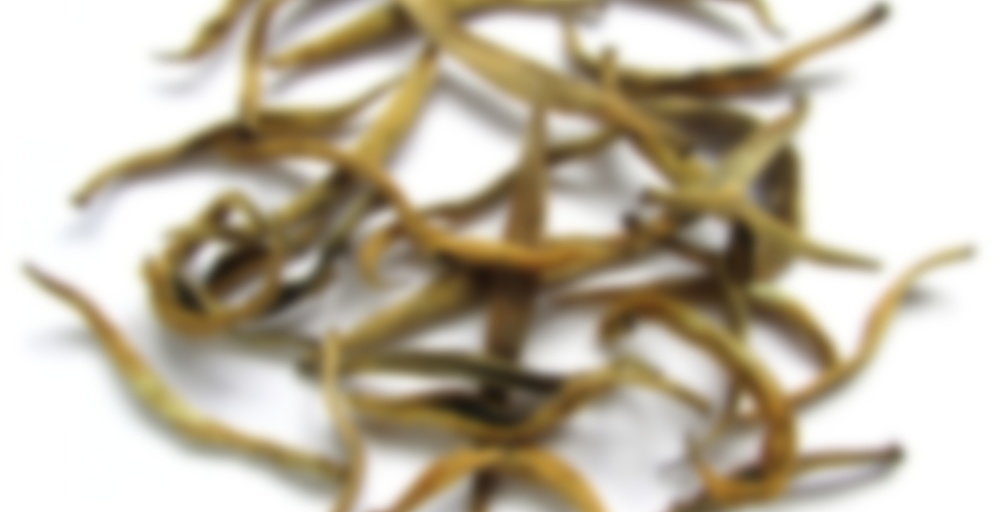 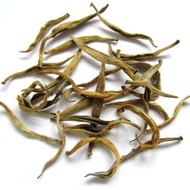 A wonderfully smooth and fruity sweet golden tip tea with strong notes of honeydew melon, perfect for those who love silver needles but want an even fuller taste.

Kangaita Tea Factory is a Fairtrade certified tea factory specialising in producing high quality orthodox teas including the processing of purple teas. It is located at a high elevation just above 2,000m and processes the leaves collected from 6,594 small-scale tea growers whose farms have a total tea acreage of 1,077 hectares. It is the farmers themselves who are the shareholders of Kangaita Tea Factory and elect the directors of the factory.

Worth steeping this gongfu with high leaf:low water, so that when you initially warm the leaf and every time after the tiny teapot or gaiwan lid is lifted, you’re greeted with incredibly complex and nuanced aromas. Chocolate (milk and dark), almond and macadamia, soft grainy malt, mouse fur and cedar chips, heavier notes of pomegranate molasses, old leatherbound books and dank forest earth. Plenty of musk melon-papaya weaving throughout. The bright acidity of raspberry lemonade and orange-ginger seems to aid in differentiating those rich aromas. The complexity and range of aromatic notes remind me of an Ehtiopian Yirgacheffe coffee.

The taste is less spectacular, kind of alkaline.

Brewed western is also good. A thick and chewy cream taste and texture can dominate. But it still tastes like a golden tip tea.

Grandpa, not so much. The leaf leaves a firm ring of tea scum around the glass.
The visual is off-putting.

Do I want to know how you can identify mouse fur as an aroma?

This was best before February 2020 and I finally opened it today. Despite being past it’s prime, it’s quite good. It’s bready and caramelized with sweet Potato and brown sugar notes. It can be the slightest bit minerally at time but mostly it’s just caramelized bready goodness.

Backlog 5/21 Sipdown
caramel, yummy, light – underleafed
Consistent cup for 3 steeps. I didn’t want to let it go.
I would by more of this if it was available

This was the last tea I drank in September as I finished my sample pouch on the last day of the month. It was also a tea that I did not really know how to evaluate, and to be totally honest, I am still not certain that I do. In terms of taste and aroma, it had more in common with some of Kangaita’s premium white teas than any orthodox black tea I have tried. Overall, it was a unique, memorable, and incredibly likable tea, but it was also so unique that I could never see myself craving it or consuming it regularly.

Prior to the rinse, the dry leaf buds emitted aromas of cinnamon, cedar, malt, honey, black pepper, and eucalyptus. After the rinse, I noted new aromas of cream, baked bread, molasses, and sweet potato. The first infusion then introduced scents of orange zest and pine. In the mouth, the tea liquor presented notes of cream, baked bread, orange zest, black pepper, eucalyptus, and cedar that were underscored by hints of pine, honey, cinnamon, roasted almond, and butter. The subsequent infusions introduced scents of lemon zest, cantaloupe, butter, and roasted almond to go with a considerably stronger orange zest aroma. Malt notes belatedly emerged in the mouth alongside more prominent roasted almond and butter notes and slightly stronger cinnamon impressions. Hints of molasses and sweet potato appeared too, but they were fleeting. New mineral, sugarcane, and brown sugar notes emerged along with subtle impressions of cantaloupe and honeydew. Surprisingly, the tea retained its delightful herbal, spicy, and fruity aromas through the very end of the session. By the time I got to the final two or three infusions, I could also still pick out lingering cream, butter, orange zest, black pepper, baked bread, and roasted almond notes that were accented by delicate mineral, cinnamon, brown sugar, lemon zest, and eucalyptus impressions.

A very refined, delicate, and complex tea with tremendous depth, this would normally be the sort of black tea I would be scoring very highly. With this one, however, I just felt that it was difficult enough and subtle enough that I would have to be in the mood for it. Some of the tea’s aromas and flavors (and the way it expressed itself overall) were very similar to both the Kangaita Rhino and Silver Needle white teas also offered by What-Cha, though it also displayed some of the aromas and flavors I tend to associate with many Yunnanese, Indian, Kenyan, and Vietnamese black teas. While it was a very fine tea, it ultimately fell into a gray area for me, and I kind of see it as a tea caught somewhere between two worlds. It was the sort of black tea that had enough in common with white teas to not appeal to me when I’m looking for a good black tea while simultaneously having just enough in common with other black teas to not appeal to me when I’m considering reaching for a white tea. Ultimately, I think this tea may best serve as a gateway black tea for regular white tea drinkers, or it might be the thing to reach for in those rare instances when something truly out of the ordinary is required. All in all, I really liked this tea, but I suppose it just isn’t the sort of thing that is fully geared toward someone like me. Still, I would not caution others to avoid it.

Opening the bag the leaves smell ultra fruity and chocolaty. The leaves are a golden color just like the name to.

1st Steep: I get the strong taste of fruit punch and subtle hints of chocolate. Smooth on the palette. The wet leaves smell a bit like caramel.

2nd & 3rd Steeps: The fruit flavor becomes even more intense and a strong hint of malt remains on the swallow.

4th and beyond: The flavor weakens and dry mouth begins to set in. By the 7th it was almost entirely astringent.

I will defiantly get some 100g bags of this. Its a lovely tea while it lasts.

Got this along with a few other samples from the 2017 harvest of Kangaita teas from Kenya.
Decided to go gongfu with the first session and will probably try western next time. Dry leaves have a nice, golden needle appearance and a chocolatey, malty aroma. I found the flavor to be more mellow than I expected, as I often am overwhelmed by black teas, but this one had a nice strength and was distinctly fruity!

Though I describe it as mellow, it is not at all lacking in flavor, and I can see why it is likened to a stronger white tea. Definitely worth a try!

I’m surprised this was not on Steepster. Like the website says, this is basically a more robust version of a silver needle, namely the other white teas that is offered by What-Cha from Kenya. It has a melon taste through every brew-western, gong fu, or grandpa. Every once in a while, it was sweet enough to have a Fruit Loop soaked milk taste. It was a little malty, but barely. It is something that I definitely recommend for a tumbler.

As much as I liked this tea, I was not as impressed with it as I was with the White Rhino. The quality of the tea is still great and one that I am very happy to have purchased, but I can get the same melon flavors with more dimension in the White Rhino. This tea pretty much stays the same throughout with its melon character and syrupy body. There is never a trace of bitterness or astringency to be found, and this tea can be difficult to over brew if you use less leaves.

This is a very unique black tea with a white tea lightness, but without a white teas subtlety. What-Cha always offers high quality teas and this is no exception. It might make some people go “What?” and it might be better for some with a little bit of sugar. White Rhino continues to be my favorite.

What-Cha is my favorite tea company bar none! White Rhino is fantastic!