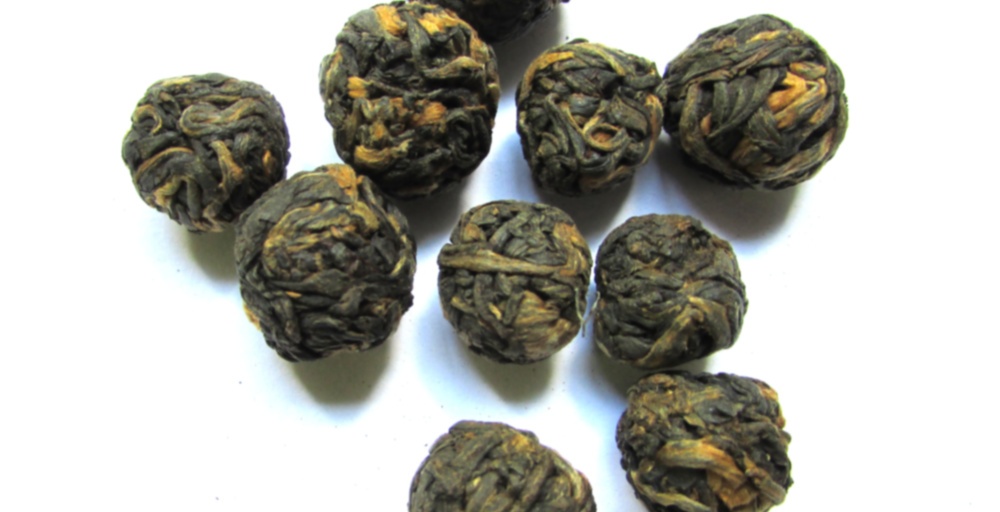 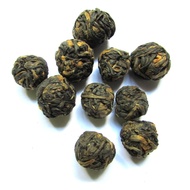 It tastes of raisins and honey and malt and happiness and kitten snuggles. I’m going to steep this until no more delicious flavor comes out of it. Mmm.

I love this tea too!

I love it (and snuggles with cats of any age).
I’m surprised that no one else apparently got a raisin note from it.

This is a perfect description of Yunnan black teas!

I tend to get raisin more often in Assams/Indian teas than in Chinese ones, it seems.

My kitty was extra snuggly last night and this morning… then I woke up to find she’d had another bad constipation attack last night that she took out on my carpet. Sigh. (Still enjoyed the snuggles, though).

Still whitling away the day sick, congested, and crampy watching content from the International Virtual Tea Festival. Decided to brew up a cup of this, as I’m still working on my 2017 sipdowns. This was a Spring 2017 harvest, 36 month best by, sealed packaging.

I know I have enjoyed Black Dragon Pearls before (from Adagio, no less!) but I’ve actually been a bit unimpressed with this particular one. I am aware of its age, but other equally old straight teas that were in still-sealed packaging has seemed to have held up quite well, so I’d be surprised if that’s all that is going on here. I think, mainly, it’s hard for me to judge a good water/leaf ratio with these large pearls. The packaging says “one pearl per cup” which seems logical given their size, and I brewed one for 350ml, but the flavor felt a bit weak. I also feel like I just don’t get very good expansion on these larger pearls compared to the smaller ones (those fully open up, while these just sort of “bloom” in a flower/octopus like shape… the tea is still somewhat bound together in the middle). I left the pearl in the infuser and added a second for my next cup, hoping to urge out a bit more flavor (so one pearl on the first steep, with an additional pearl on its second steep).

This produced a much nicer color in the liquor. The aroma is malty with a touch of molasses and spices, and a hint of citrus rind and cocoa. I was happier with the flavor this time; malt, baked bread, sweet potato, honey, and maybe a subtle hint of cocoa and cherry. So I think I just need to use double the amount of pearls to get the sort of flavor I’m looking for — or, if the tea doesn’t go astringent, perhaps try it grandpa in my thermos. I’ll leave that experiment for the work week.

So I still like the flavor of black Dragon Pearls, but I think for me, I have an easier time brewing/controlling the right amount with smaller sized pearls. In the future, I’ll probably look for the little pearls again when I restock a black Dragon Pearl. I love the taste though, good for mornings or lazy weekend afternoons!

Edit: After drinking this for several mornings as my “work thermos tea”, I have pinpointed my preferred steeping parameters. Firstly… I really don’t like grandpa style, it just becomes far too astringent for my personal preferences that way. One pearl for 8 oz. of water (so a standard 12 oz. mug tastes too weak to me with one pearl; I’ve been using a 16 oz. sized thermos with two pearls) and steeping for double what I usually give blacks (6 minutes instead of 3 minutes), which seems to allow the leaves to fully open, give the tea a nice color, but not reach levels of bitterness I don’t like.

Courtesy of White Antlers, thank you :) Spring 2016 harvest, two pearls to 16oz grandpa in a mug.

It’s a smooth cup of cocoa-leather with a dash of pipe tobacco. Gentle nectar sweetness. Hints of butterscotch, malt, red fruits, pine and vanilla. Hot cocoa aroma. Everything about this tea sits in the middle. Some call that Just Right.

This tea’s best before date is 36 months after harvest. It’s harvest date is Spring 2017. As such, I have it as best before March 2020 since that’s when Spring officially starts. That means this tea has sat sealed for 3 years and isn’t getting tried until after its best before date has almost passed. I am sorry tea for neglecting you!

This is a nice enough black tea. Smooth and no astringency. Slight malt and a touch of caramel. It’s not in your face flavorful or particularly memorable but that could be the age. Also, I steeped it slightly lower than it should have been steeped and on the shorter time of the suggested range so it could be that at play too.

Smelled very much like Virginia pipetobacco when dry.
Very smooth thick liquor. Hints of pipetobacco and leather. Quite tasty.
5 min steep but can easily handle a bit more.

I’ve reviewed this one several times but I find my rating increases a little each time. I’m still relatively new to quality tea (quali-tea, hehe) so it’s probably a combination of developing taste and preference as well as refining my brewing methods for different teas. The more I drink this tea the more I find myself liking it!

After a white tea left me feeling a little meh I tossed two pearls into a preheated mug, poured over water somewhere just under boiling and let it rest with a lid on for a while. Since when did this tea get so damn delicious?! I liked it before but I’m really diggin it today. The chocolate notes are hitting me hard, the mouthfeel so very creamy and heady! I refreshed the mug and added just a little cream. This is now my black of choice.

I’ve been looking forward to trying this tea ever since my very first order at What-cha and I must say that it was worth the wait.

The harvest date on the label of my package says spring 2016, I do believe that this is the newer version of this tea from Feng Qing.

The pearls were larger than I’d expected, and slightly varied in size but all around the size of cherry tomatoes maybe? The dried leaf smells faintly of sweet chocolate, streaked with gold and dark brown leaves. I actually only used one of the larger pearls for one mug, brewed western style for about 3 and a half minutes. The leaves unfurled to fill half the brewing basket!

The aroma of malted milk balls filled the air, and the tea was surprisingly light. No earthy tannins, just silky smooth layers of chocolate, malt and butterscotch swirling over my tongue. This tea almost had me convinced I’d liquefied a tootsie roll somehow, it was so sweet. I adore butterscotch candies and being able to taste little hints of it here was lovely.

The pearl had one more good long western steep, maybe about 6 minutes or so. The flavor was even lighter, but still filled with chocolate, and maybe a hint of leather in the background somewhere.

This tea is overall delicious, almost like a dessert tea. If you’re looking for more tannins or heavier earthy flavors this might not quite catch you, but I’d still recommend trying this tea at least once to see just what Yunnan black teas are capable of!

Note: I believe I reviewed a version that came from a different source than the other reviews. What-Cha’s site said this year’s (2016) is from a different supplier, and I didn’t encounter the issues others had.

So, I was looking for a chocolatey tea, and this hits the spot. I managed to set off the fire alarm while making dinner, which meant my first pot of this steeped far longer than I’d intended. Despite this, no bitterness at all, just smooth and rich with a cocoa taste.

…and it goes better with frozen pizza than you’d expect.

I used 4 pearls for an entire pot of tea, and there was plenty of taste.

Sipdown. 4 pearls 8oz. According to the directions I overleafed. I didn’t get much flavor out of these. It was caramel, but not strong. Not what I wanted from this tea. 70

Too bad about the lack of flavour.

Thanks for these in the sale, Ost! I always like to try all the pearls. These ones are very light in flavor, even while using four for a full mug. Once unraveled, the leaves look fairly large and fill almost half the brew basket. Though light, the flavor is complex and delicious: slight hints of molasses, chocolate, honey, maple, caramel, tobacco in this light amber brew. Pretty darn good flavors right there. The second cup was deeper in flavor. It wasn’t astringent at all, but it seemed to lose some of the distinct characteristics of the first steep. It was mostly chocolate this time around. I’m not sure how I like these compared to other pearls. The first cup was unique but light, the second cup a lot more like the usual pearl flavor.
Steep #1 // 4 pearls for a full mug// 5 minutes after boiling // 3 minute steep
Steep #2 // just boiled // 4 minute steep